Wow, last weekend was a crazy one for John David. He and Madeline had Tough Enough at their school on Friday afternoon. All the grade levels have a race and the kids really get into it. John David can’t wait until next year when he is in 5th grade and gets to run a mile:).

We were so proud of Madeline this year. Last year she was very overwhelmed by all the classes and parents and would have nothing to do with the race. The preK and Jrk run down the field in a pack, it is really cute. As soon as we arrived this year, she was totally into it and could not wait until it was her turn. She has blossomed this fall. We are not seeing that scared, timid little girl who is afraid of new situations. We think it is because she was so nervous about getting a new teacher and class, and now that she knows how much her new teacher loves her she is so much more confident. It is a blessing to see her like this, just precious. That afternoon she ran over to a my good friend’s husband and sat in his lap and hugged him, we were all shocked and so thrilled to see her embrace others with such willingness and openness, such an answer to prayer! 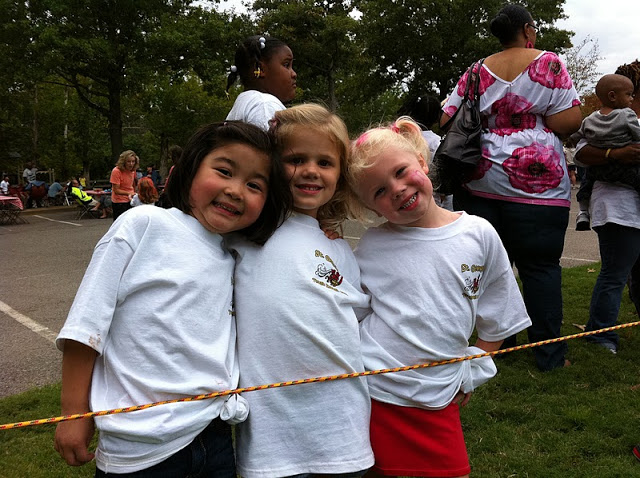 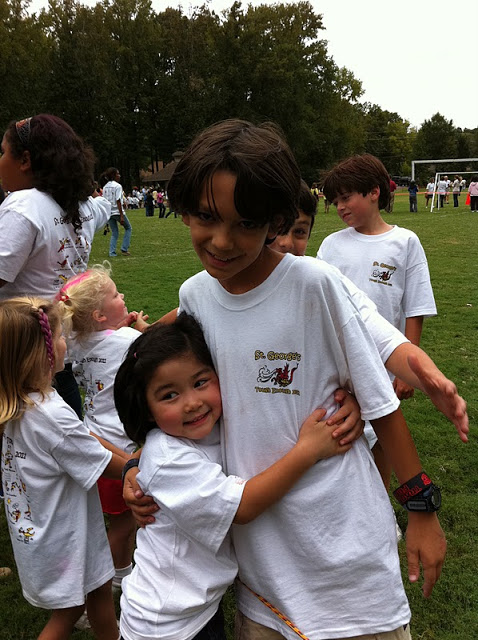 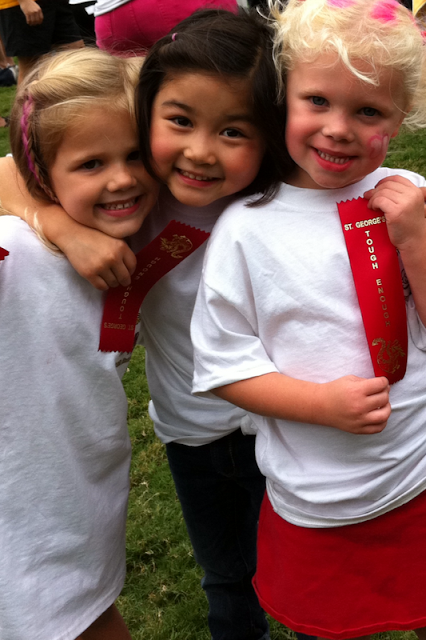 They are too cute! 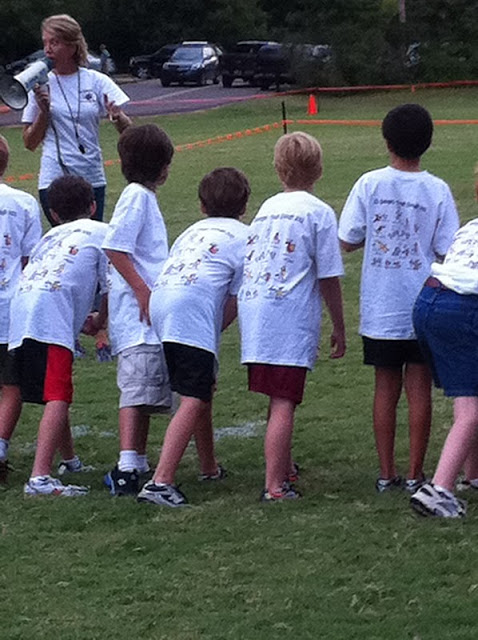 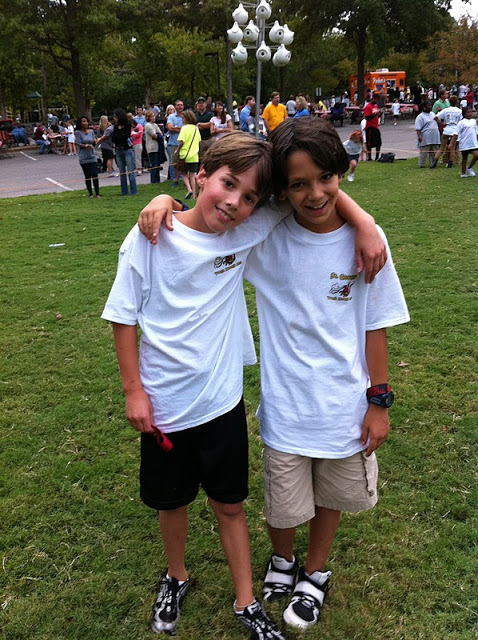 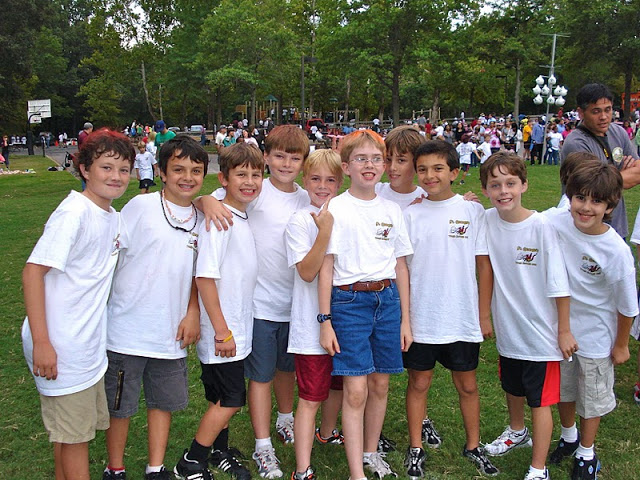 some of the 4th grade boys

Saturday morning John David had his swim-a-long for his swim team. They raise money for the laps they swim, the goal is 100 laps, which he completed easily:) We are a big swimming family and are pretty competitive with each other. I swim 2 miles 3 days a week as does Hank,  so John David, Hank and I try to see who swims more and faster. I’m winning right now but that won’t last much longer, John David will kick my rear end by next year. The only reason I’m beating Hank now is because he swims 2 days a week instead of 3, he’d be right back to killing me if he added another day!! 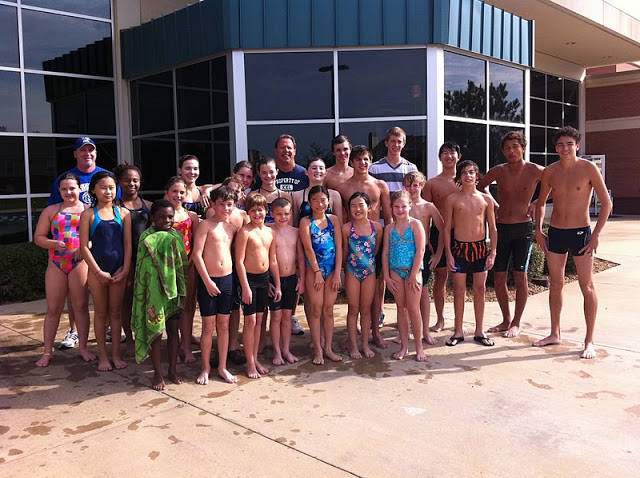 On Sunday, John David competed in his 3rd kids triathalon. He did so well and really pushed himself. I think this was the year that he got the fever, he is still out of breath after the run and said “that was AWESOME!” So cute. He won the Cory Horton sportmanship award this year and we are so very proud of him. A child is chosen by being recommended by another family. Our friend Elaine wrote the sweetest recommendation for him, her son Graham was also competing. Hank told John David that he will always be more proud of how he treats others than how he competes, it was a sweet weekend!! 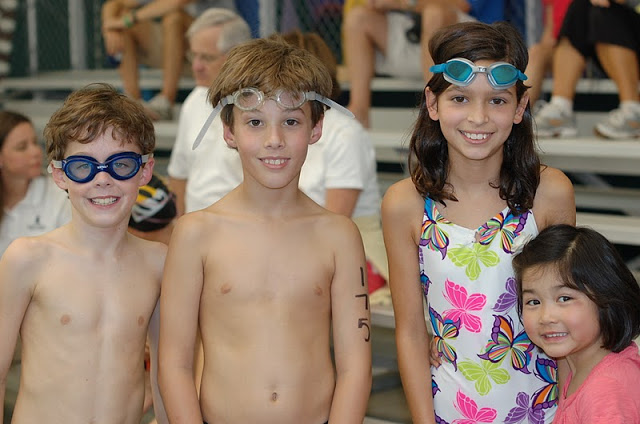 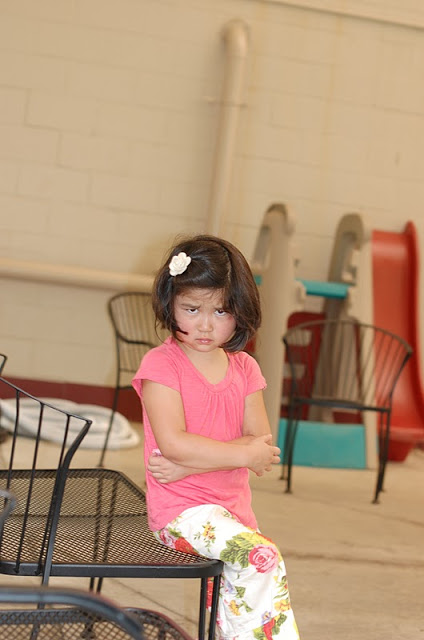 Not wanting to obey her Mama 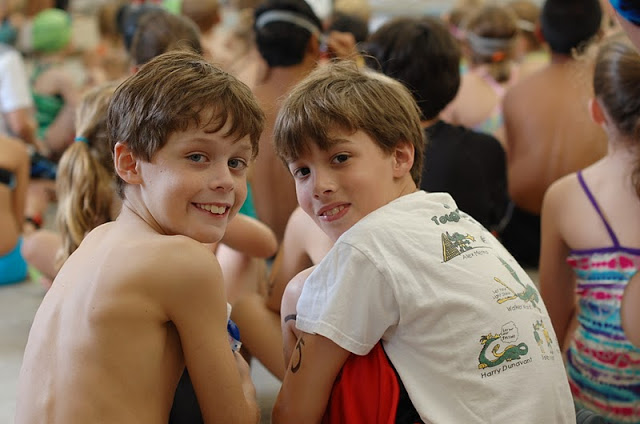 JD and Graham, this was Graham’s first triathalon and he ROCKED! 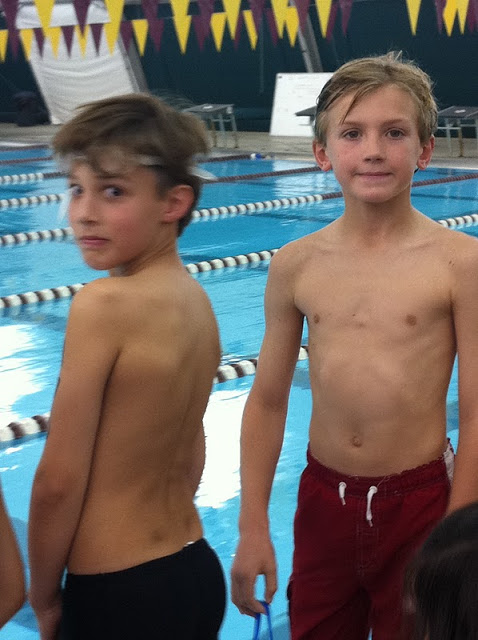 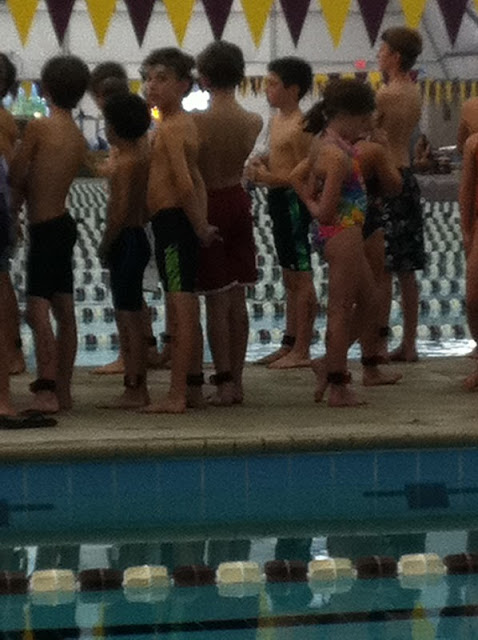 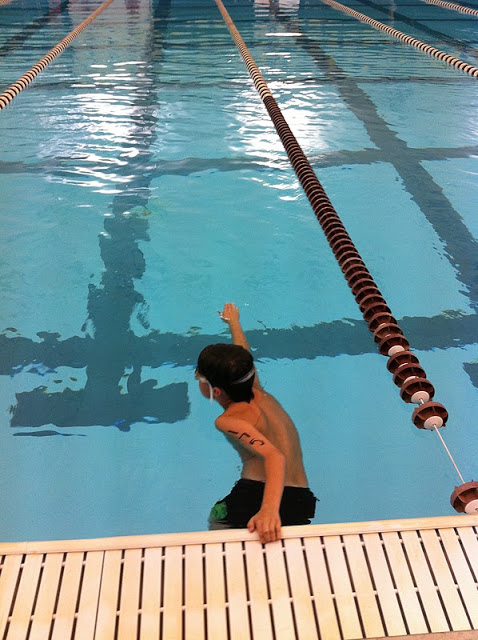 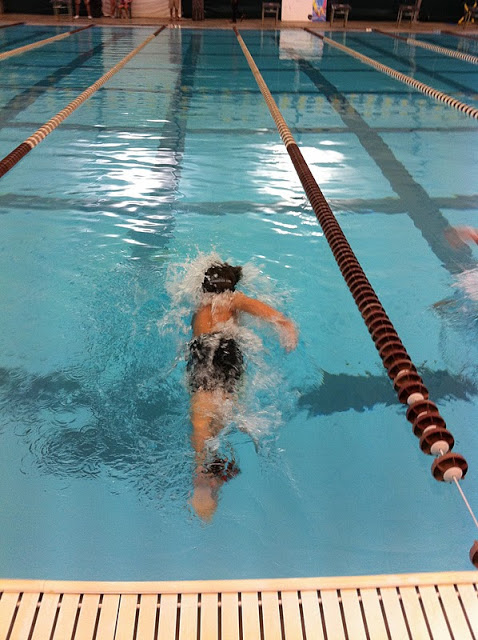 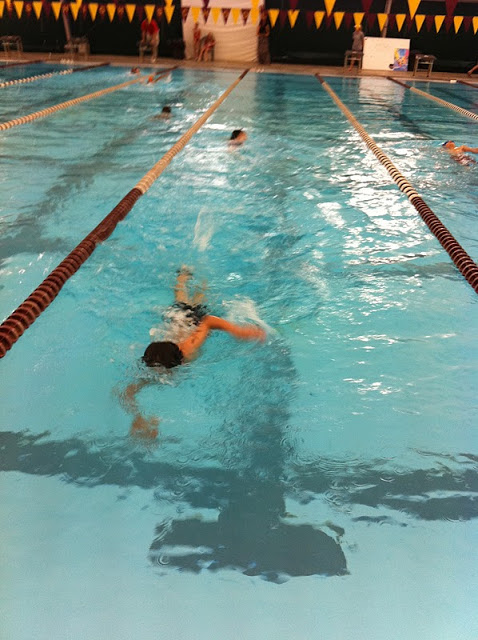 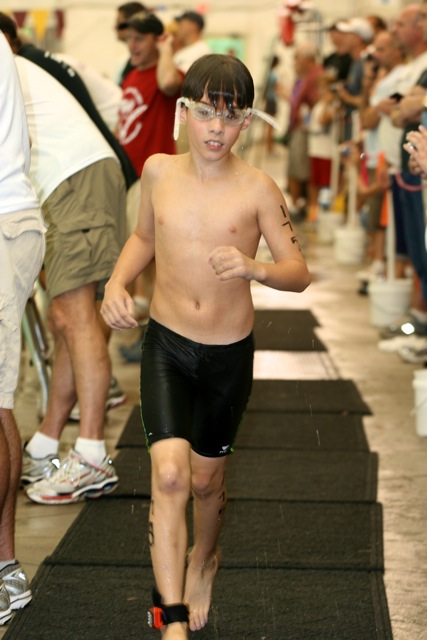 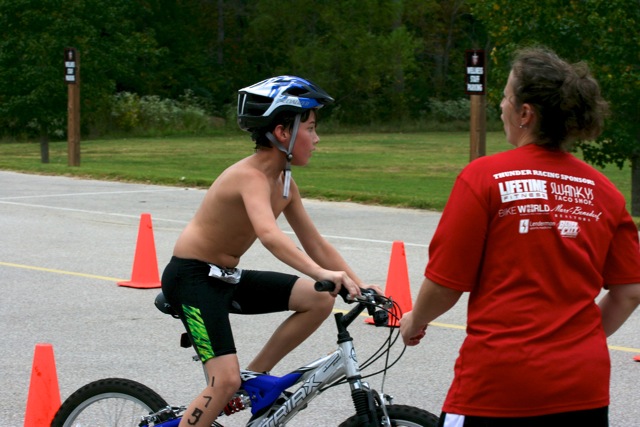 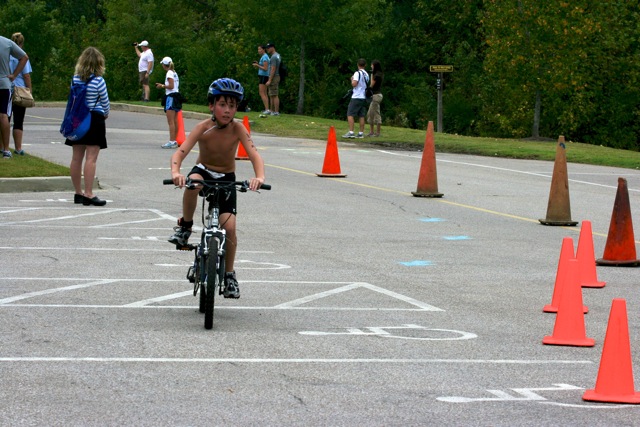 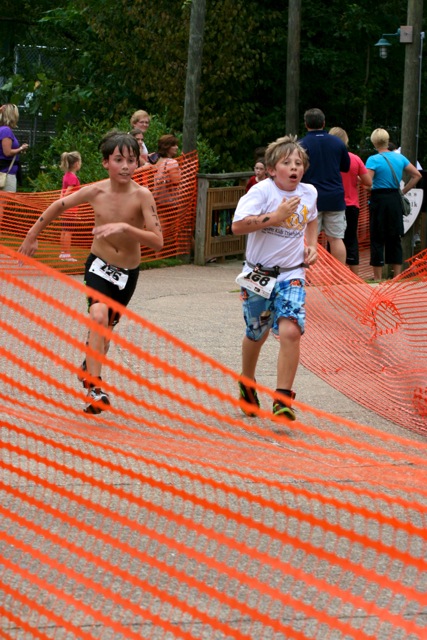 He really was in the race here:) 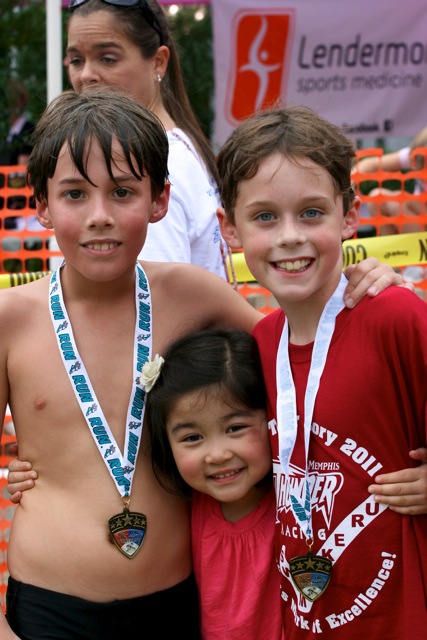 Yay and they are done, they completed it within 1 minute of each other:) 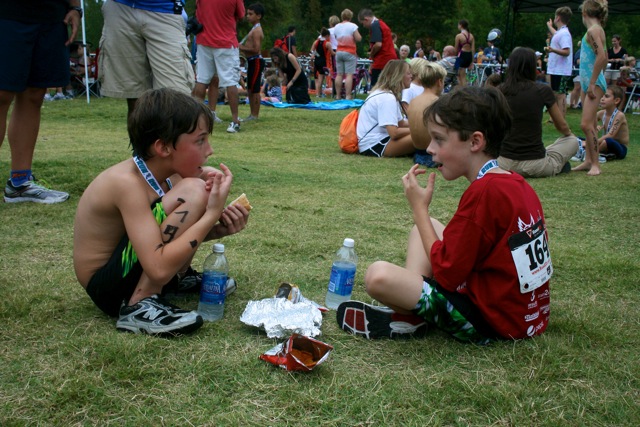