Let’s just say I had an eventful swim this morning…. 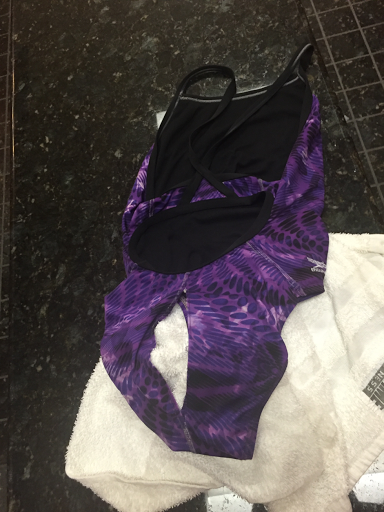 This is the back of my suit…
After I had already been swimming for 15 minutes
…or so…
Thankfully Hank showed up at the pool to swim as well
He said he caught a flash of lilly white when saw me swimming
He stood at the end of my lane and witnessed my flip turn
I believe he said he doubled over and was crying he was laughing so hard
He startled me by swimming up to me in the middle of my lane and could not stop laughing
I’m thinking ” what in the world are you doing?”
he held his hands up and said “before you get mad, touch your buttcrack”
I was DYING!!!!!!😂😂😂😂
he said the look on my face was priceless hahaha
Thankfully he was sweet enough to put a towel at the end of my lane😳
In my defense the exact same thing happened to Hank about 6 months ago
When told about it I did not understand how he could not feel a big ole rip in his suit…
Now I get it!
It does not feel any different lol