Yeah I know this title makes absolutely no sense but it all happened.
John David left of Thursday morning with his highschool swim mates who qualified for our State Championships. Hank and I left a bit later for a weekend to ourselves and to watch our boy do what he loves….swim. 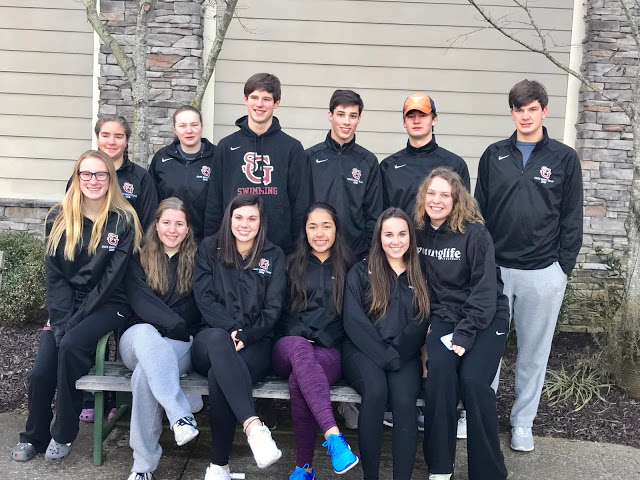 the State qualifiers, these kids have worked so hard! 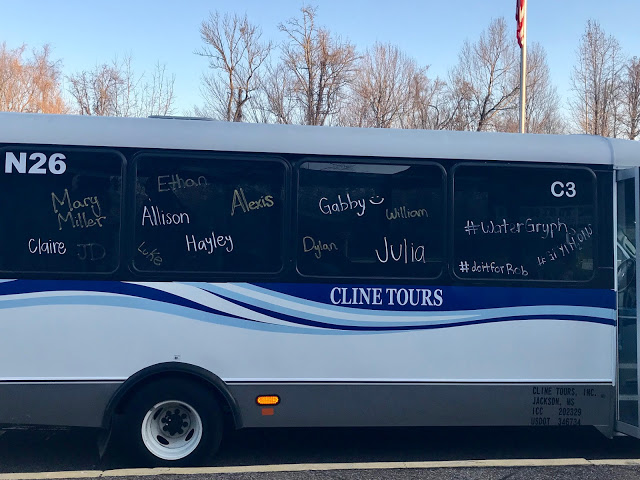 the bus was decorated with all their names..
they left the school at 7:45….I received a text around 8:30 that they were broken down on the side of the interstate😟 . Hank and I left at 9:45 and passed them as they were getting on their new bus…they still got to Knoxville before they had warmups so all was good! 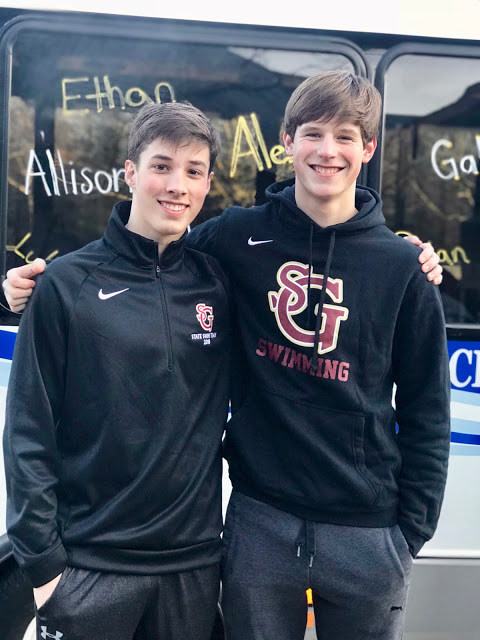 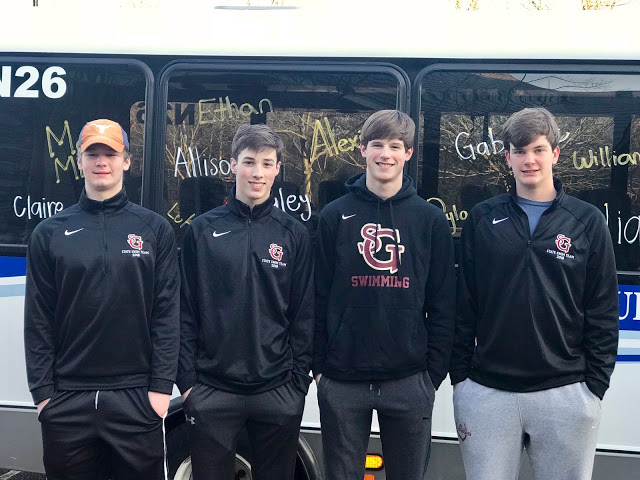 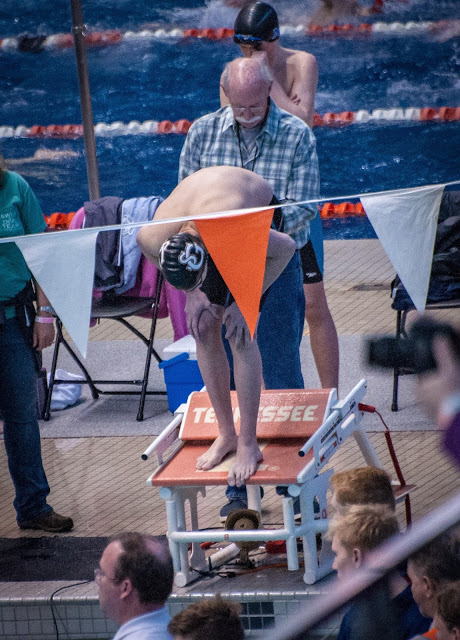 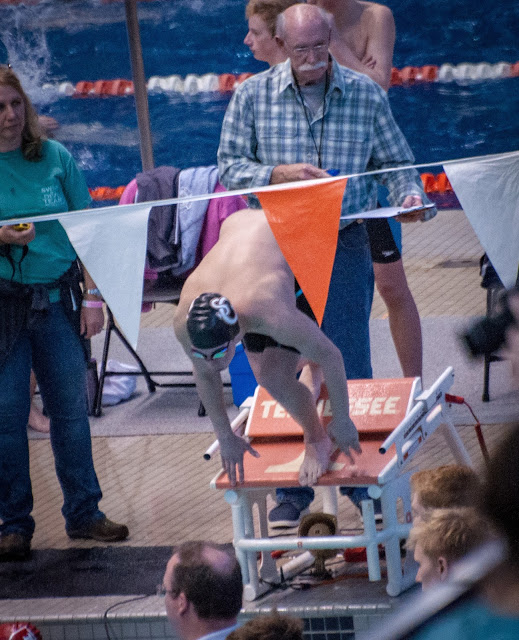 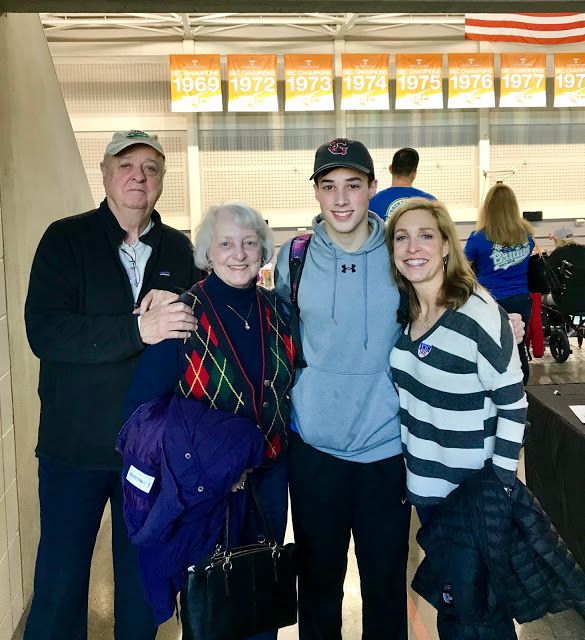 Mom and Jim came to watch on Friday morning and then we went to eat lunch before they had to head back home.
John David placed 20th overall in the 200 free, his only race that day. He made a best time so was happy:)
Hank and I literally laid around all afternoon, him catching up on work and me reading!
We met up with an old friend of his for a bit and then headed to dinner on our own,
that’s when our relaxing weekend became a bit unrelaxing haha!
Caitlin texted that Madeline came home from school with 102 fever…flu has been crazy around here just like everywherte else. Half of Madeline’s class was out now. Anyhoo all through our “relaxing” dinner we texted our doctor, Caitlin and Julianne to call in the reinforcements if Madeline began to have a bit of trouble without Mommy.
The second day I was able to sit where I could get a few pics of his 500 free. He made finals and placed 14th overall as a Sophomore, pretty cool huh? 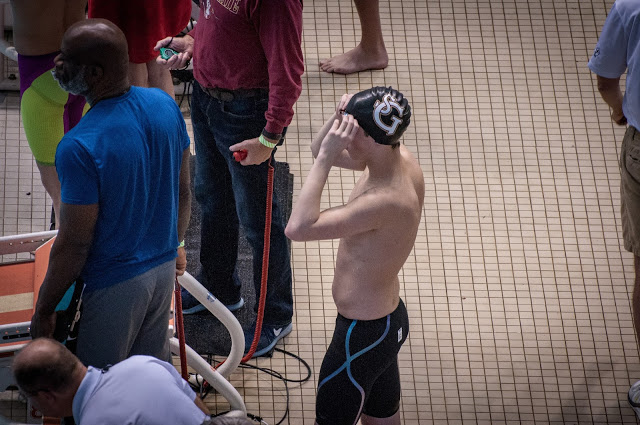 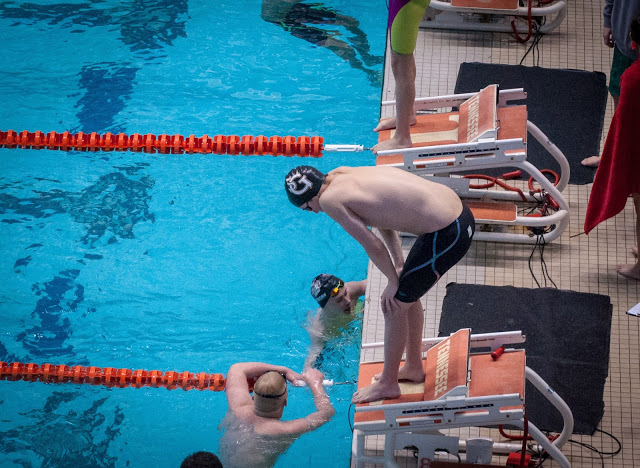 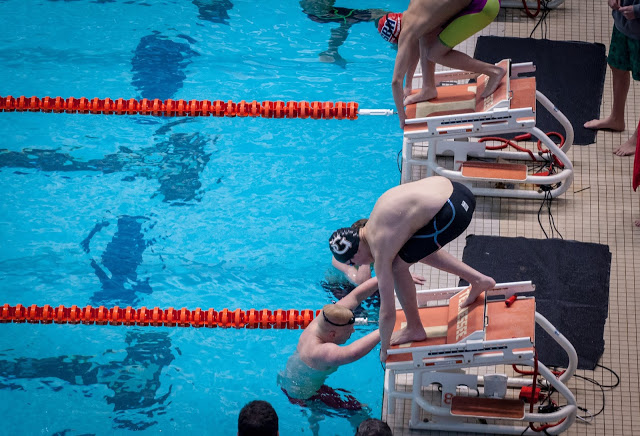 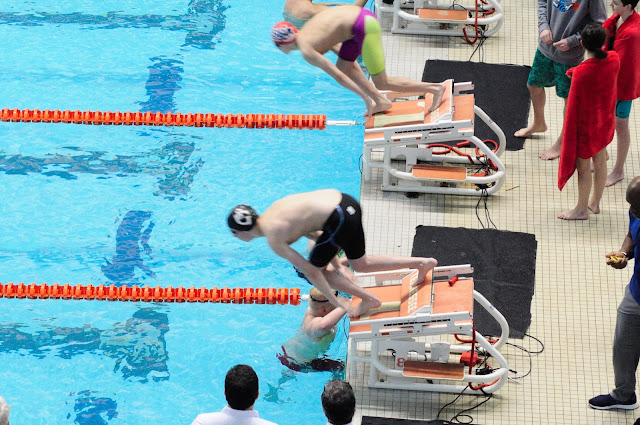 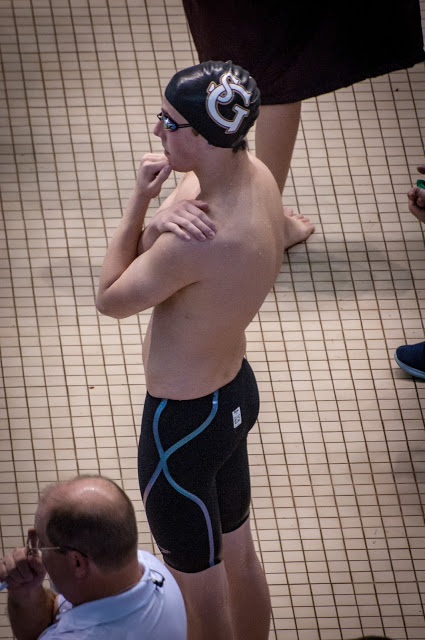 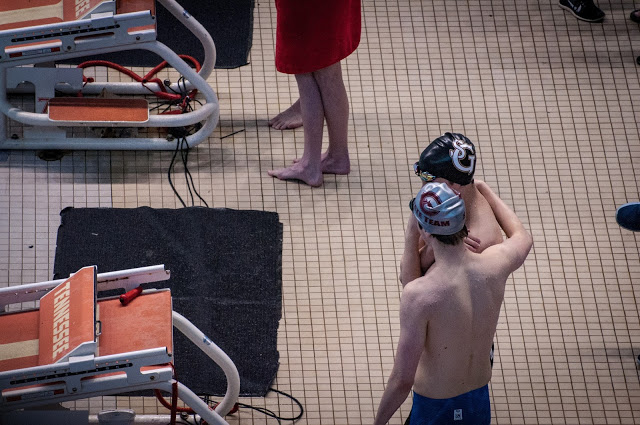 a friend from another school congratulating him 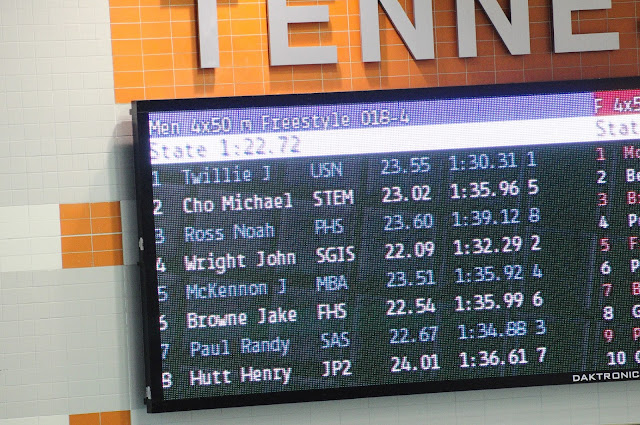 I had to get a pic of this, his time for his 50 split in the 200 free relay. We were so proud of our boys! They were not expected to make it to finals and did. They placed 16th overall with best times for all 4 boys. It was sweet!
Before the races even started that day Madeline started calling and wanted her mommy. She was pathetic. Anyhoo, we convinced her to go to the doctor with Julianne and we would head back.  While watching the races Julianne texted that both girls tested positive for influenza A along with the rest of the country! I was so sad to have to miss finals since John David made it in the 500 and their relay did as well. I shed a tear and then got my act together. Hank packed up whiile I watched the relays and then picked me up from the pool. Julianne had been back home working with Walgreens to find relenza for the girls and the rest of the family. Madeline had a horrible reaction to tamiflu when she was a toddler so we knew better than to try that.
We became drug runners all afternoon picking up relenza in Lenoir City, Franklin and Jackson on our cross state drive to Memphis haha. 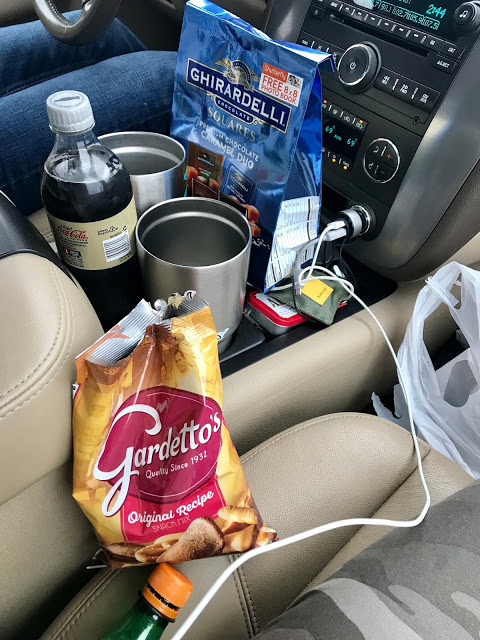 We needed junk food nourishment for our crazy!
Madeline is better today, Janie has never had a symptom and I’m feeling a bit yuk now….looks like a low key week at home:)
Hopefully Hank and John David will be good!!
In 2 weeks John David has one more meet for this season and then gets a bit of a break!