Now on to State Championships! Twelve kiddos from his school made state times and were sent off at the basketball game the evening before they left:) 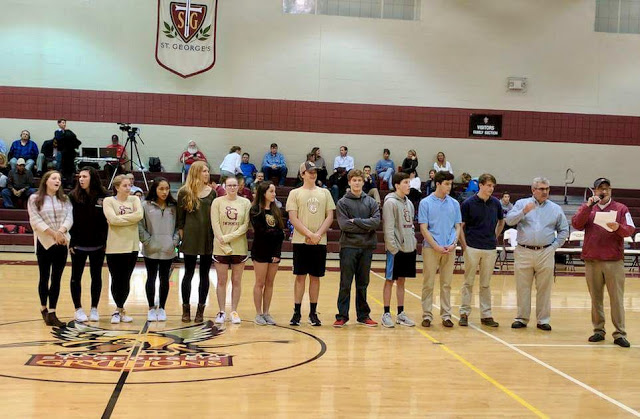 My treat was that I was a newbie and did not know that they traveled and stayed at the hotel as a team. That meant that I drove all by myself and stayed all by myself….you know you are an old mom with younger kids when you are pumped that you get to drive 6 hours by yourself and only take care of yourself at a swim meet. It was heaven:) I got to watch my boy and visit my mother and eat at all my old favorite places in town.
This meet is so fun because all of West Tennessee cheers each other on, so the teams you have been swimming against all season are excited to see each other do so well.  Here are a “few” pics from the meet:)
During this meet John David competed against all highschool ages so he was low man on the totem pole as a Freshman but he did very well. 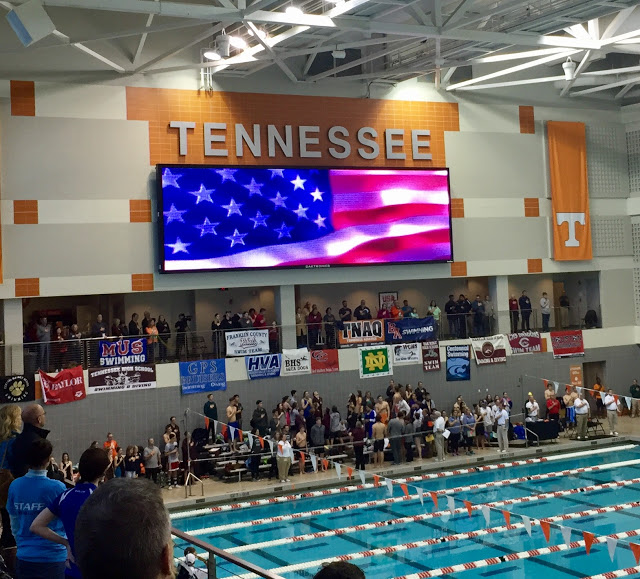 I love coming home to UT 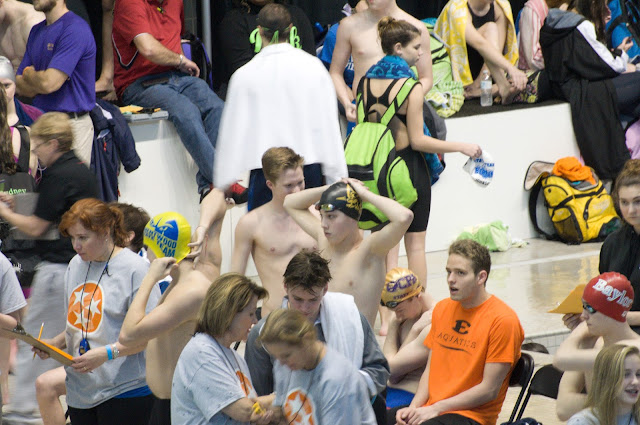 contemplating his 200 free race about to begin 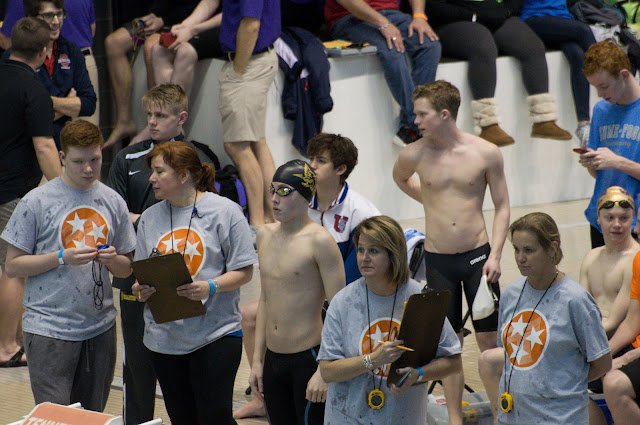 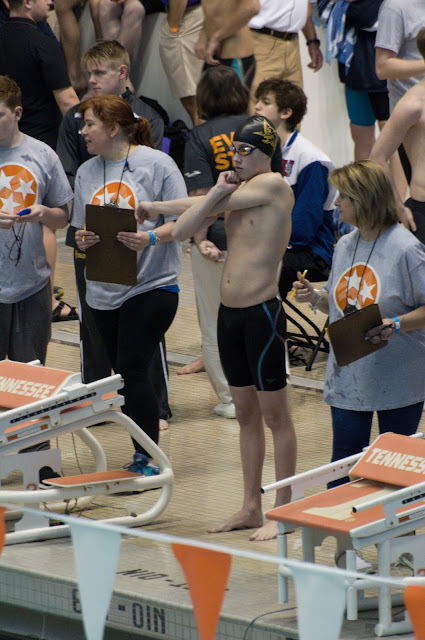 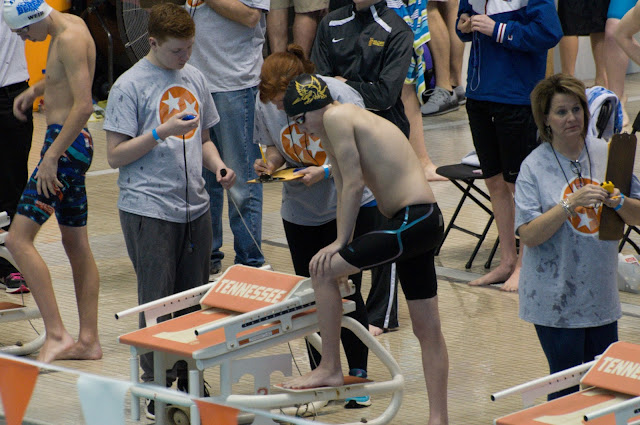 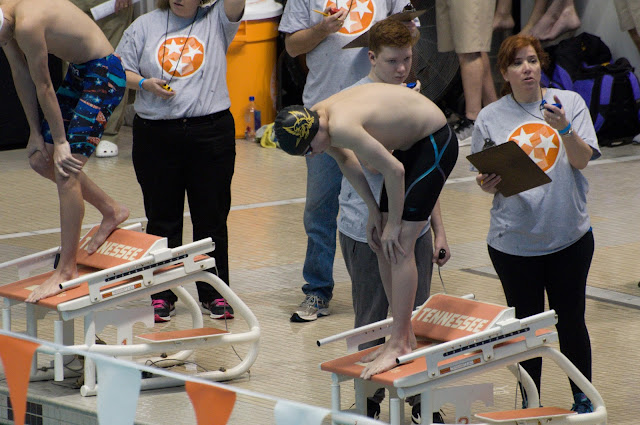 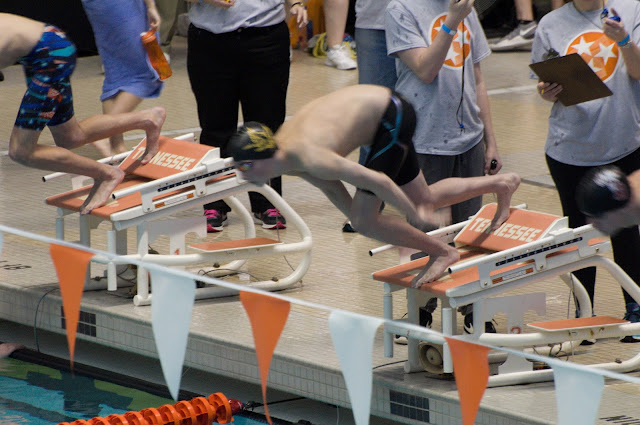 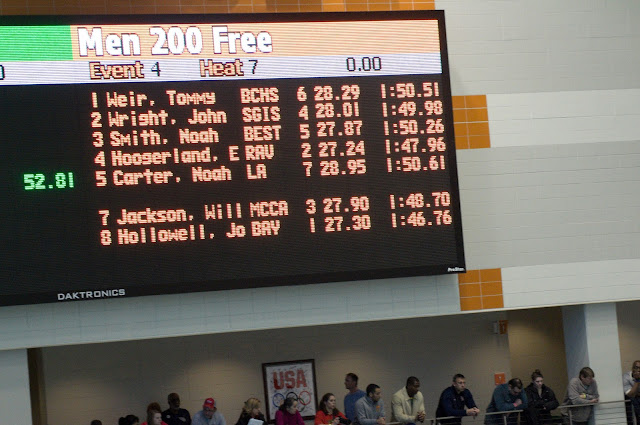 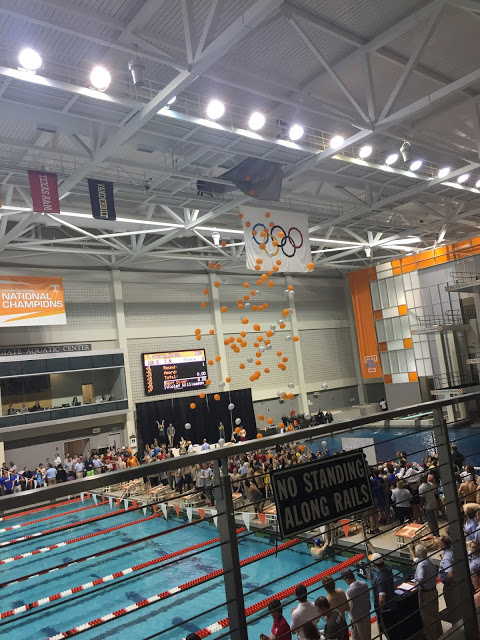 Finals were fun every night! The swimmer in 1st seed picked a song that was played as they all came on deck and were announced. Some kids dressed up in something funky. These kids were so fun! 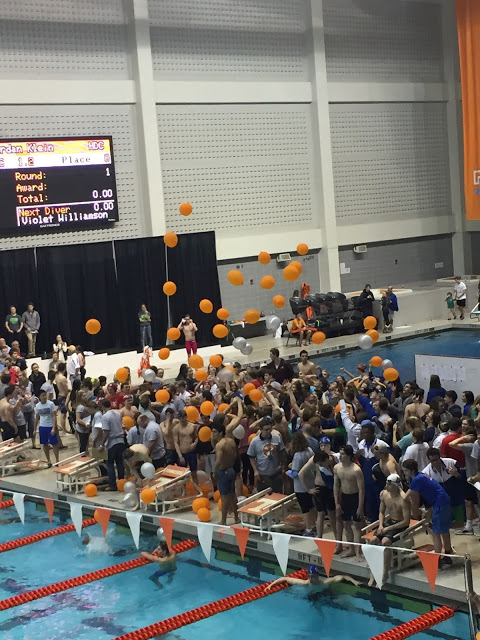 The balloons were released when the winning team was announced! 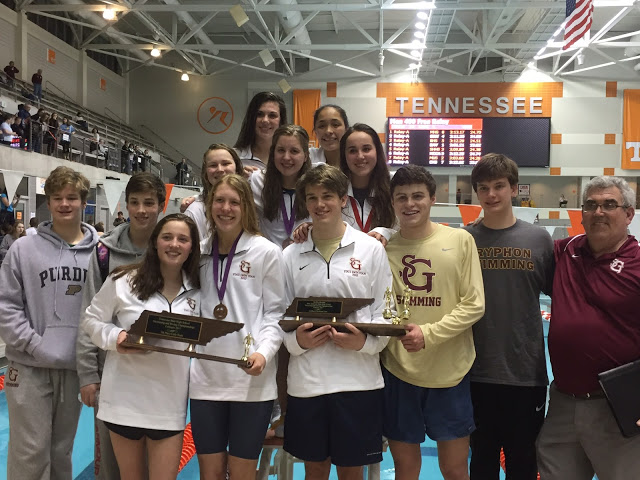 all the State swimmers 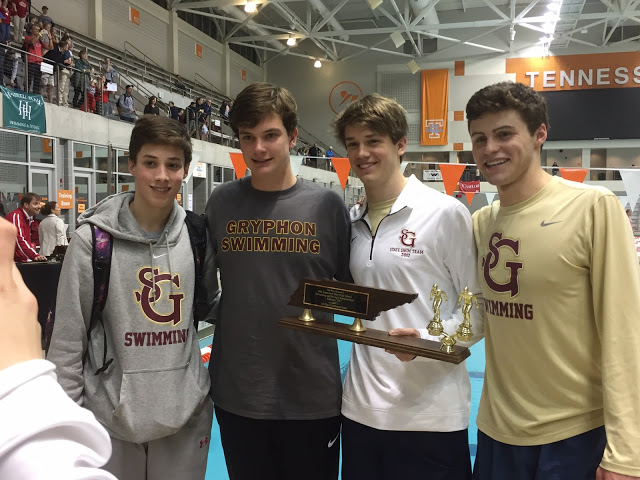 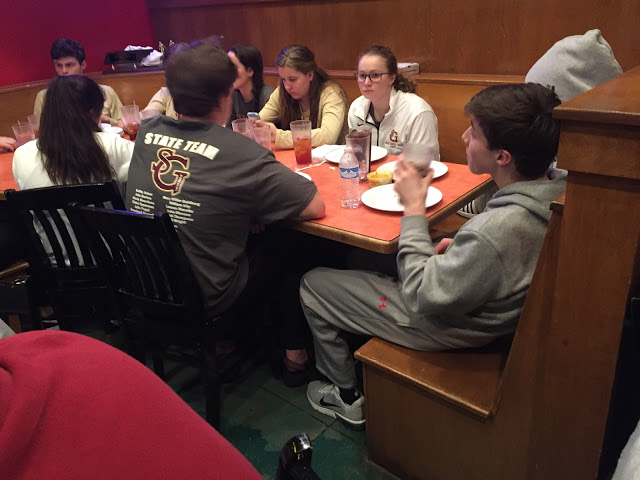 finally eating junk food when it was over:)
John David really enjoyed swimming with his school,
only 3 more State meets in his future…I can’t believe he is this old!
I so love watching him do what he loves!!!