John David has been waiting on this meet for a year. He competed against his age group at this meet and being at the older end of 14 he knew he could place well. He was nervous that it would not go as well as he hoped since he had a big meet the weekend before but goodness he swam his heart out and did so well. I was a nervous wreck the first night at finals, it is a hard life being the mom of a swimmer haha! By the 3rd night of finals I did not care how he did, we just wanted to go home lol!
getting ready to race 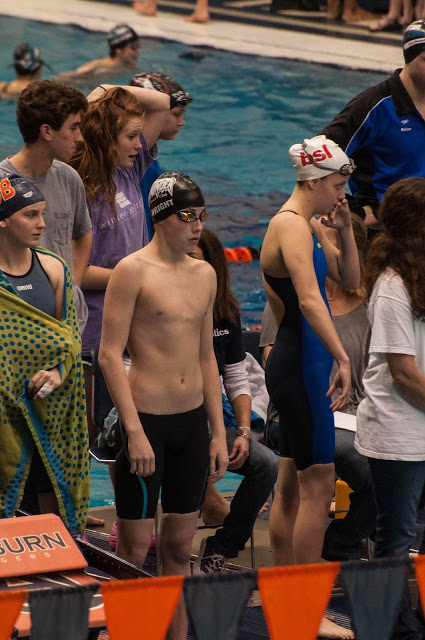 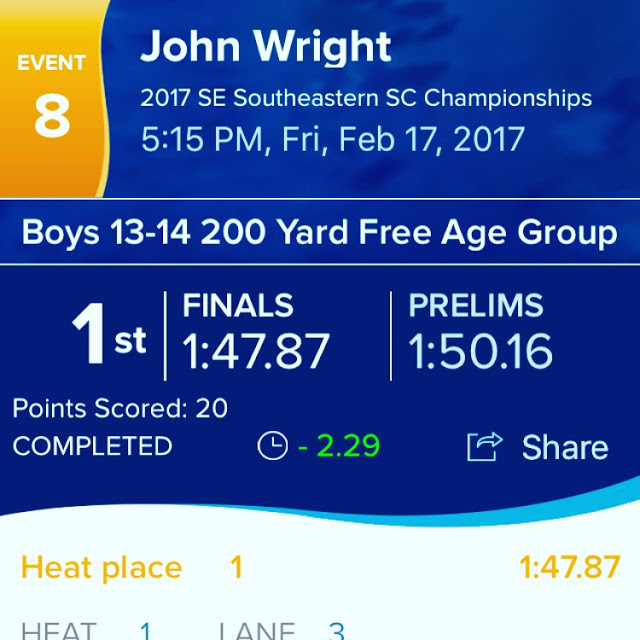 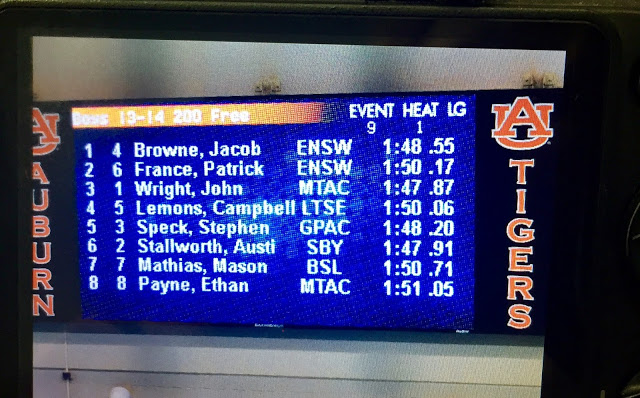 I sent this pic to Hank and he said “awesome 3rd place against 18 year olds”
wrong meet Dad…this one is his age group hahaha
what happens when Dad is at meetings during travel meets, he can’t keep up with where we are!
getting ready for his 500 free 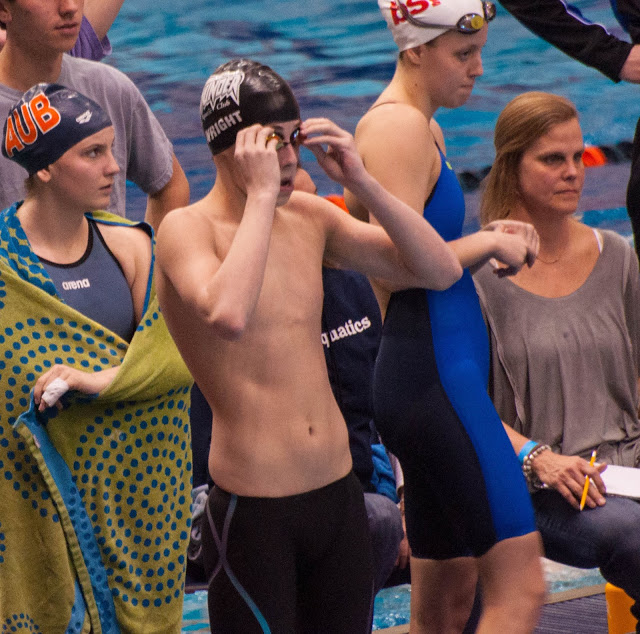 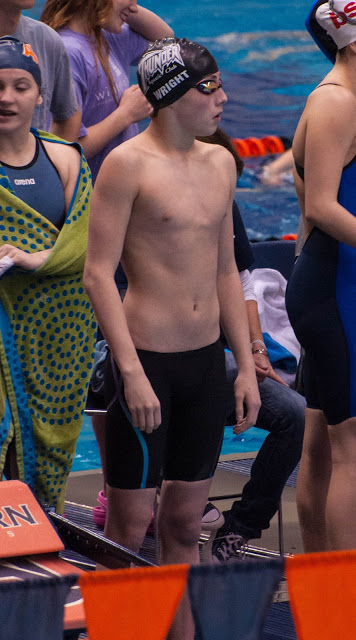 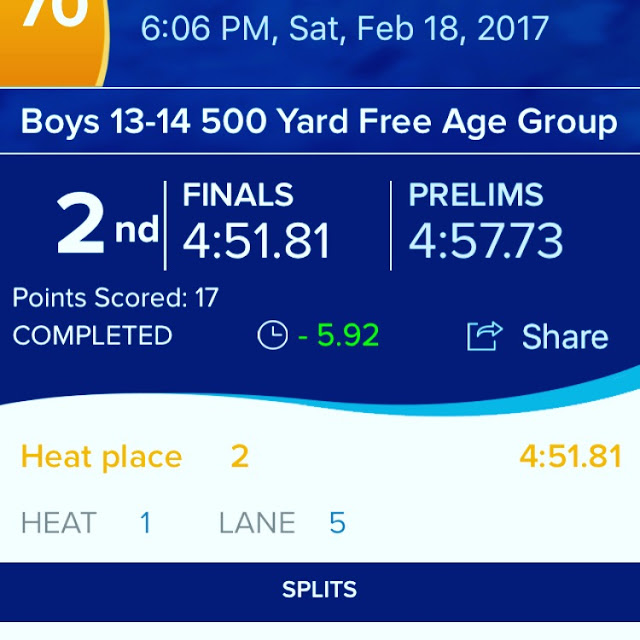 goodness this was such a close race!! Both boys took 5 more seconds off their times from the morning race! He was so so excited with his place and time!
John David had 3 other races that he placed 9th to 11th in, he was pleased with his times but wanted to concentrate on the 200 and 500 for the win. 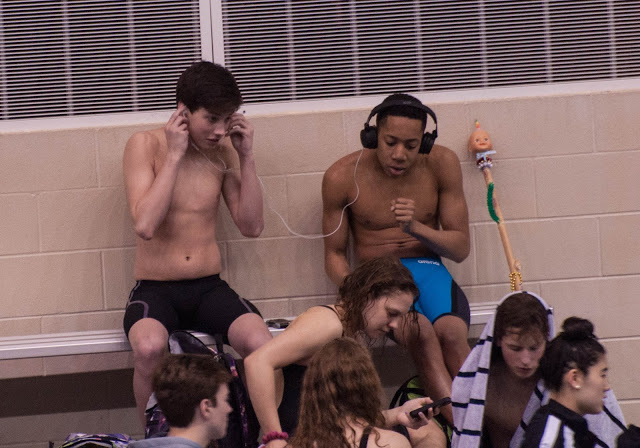 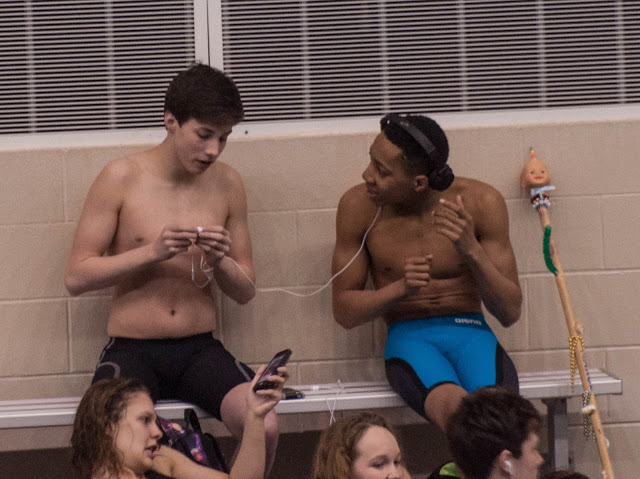 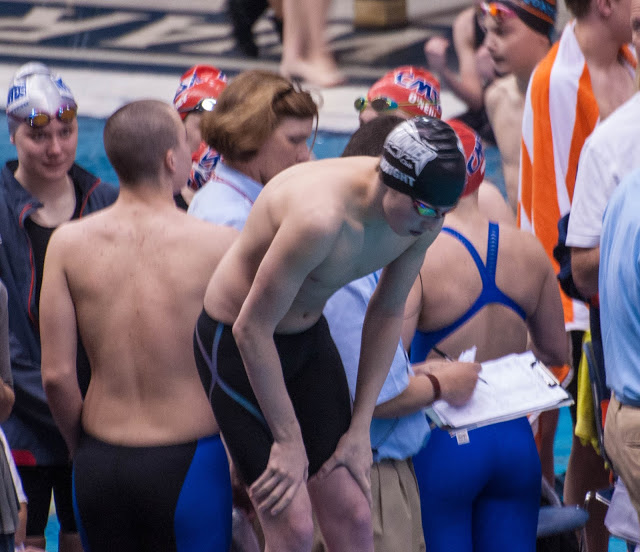 it is relay time! These boys almost broke a 15 year old record last year so they were DYING to break it this year 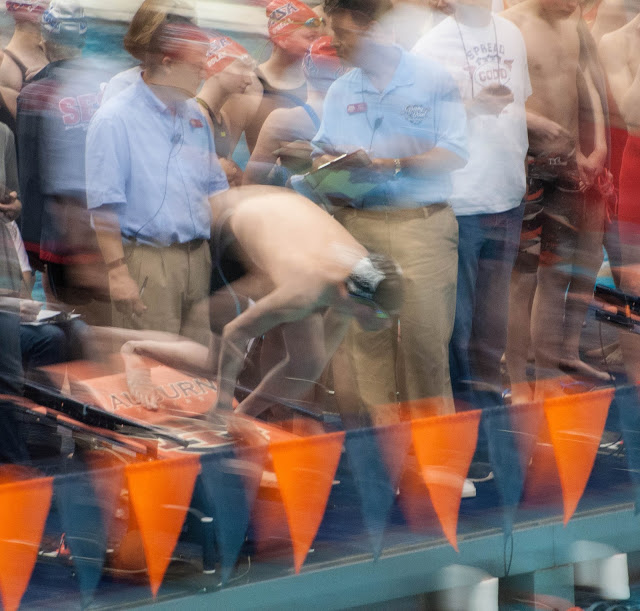 John David started the race and was so nervous!

and they did!!! They were so pumped!! 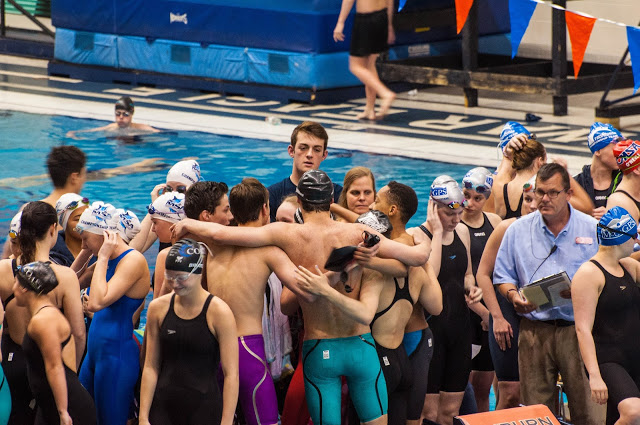 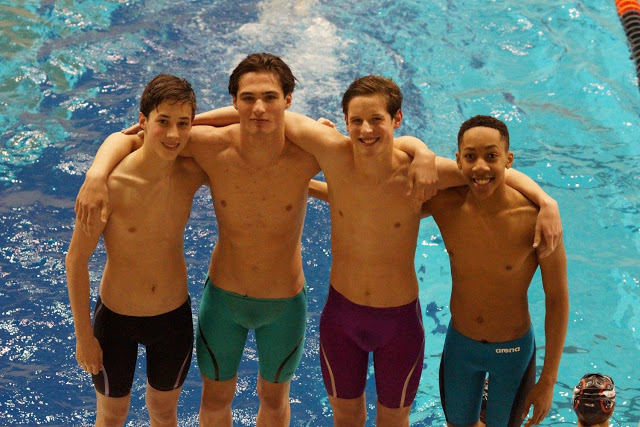 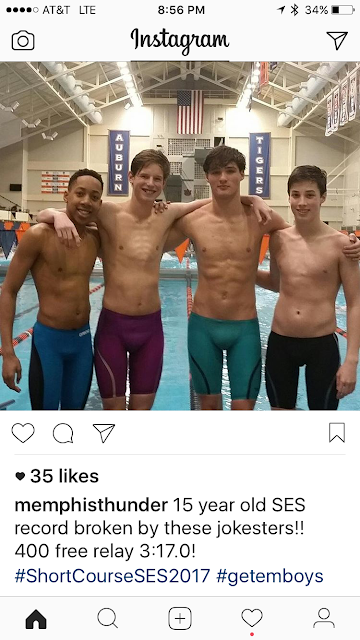 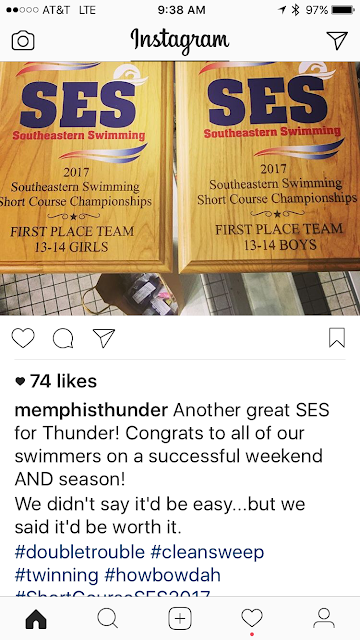 Their team won first in boys and girls…
such an awesome meet for these hard working kiddos!!
John David will turn 15 in April so this was his last big chance at a meet for high placement. He left the meet one happy camper:)
This summer he is going back to Camp Bear Track for 2 weeks with his buddies instead of just concentrating on swimming. He will still swim all summer but wanting a break from pushing himself for the large meets. It took him months to make the decision since he is such a people pleaser and does not want to disappoint his coach. We are happy he is taking some time to be a kid!