Galatians 5:13
“You, my brothers and sisters, were called to be free. But do not use your freedom to indulge the flesh; rather, serve one another humbly.” 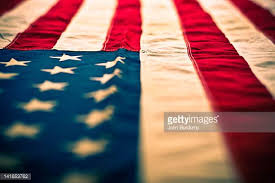 I witnessed a moment last week that has left me thinking about service , and feeling emotionally raw. I have found myself thinking about it many times each day. Our family was traveling back from a vacation…while waiting in the airport for our flight I noticed a family sitting near us….husband and wife and two little boys around 3 and 5 or 4 and 6 (who knows?)
Hank and I happened to have first class tickets so I stood up when group one, service men and women and families traveling with young children were called. I waited as the family was getting their things together noticing that they took time to hug each other. I suddently realized the Dad was leaving his family as his wife averted her eyes from her husband, tears brimming as he hugged his boys. I followed him as he began to board the plane. He glanced back at his family with the saddest look and tears in his eyes…my heart broke for them. I wrestled with saying something or not as I followed behind him. I could not help myself and said, “thank you for your service”, he glanced back and said, “you’re welcome”. I then asked him how long he would be away from his family, thinking a few months. He replied, “a year”. I thanked him for being willing to leave his family and that I could not imagine what he and his family were and would be going through during the long year. Goodness, I have thought about this moment over and over…these men and woman who leave their families behind as they serve our country. I have found myself praying for this family who I refer to in my prayers as “the Sacremento family” because God knows exactly who they are, and I know they need prayers for the long year they will endure.

I sat on the plane thinking about how we go about our days, as families like them give up so much to serve our country. This father will not see his boys for a year….I can’t imagine….this mom will do all the things on her own…sweet boys without their Dad…

I then began to think about all the things we take for granted living in this country of ours. All the ugly words said about our government, all the discontent in every day goings on…I don’t think I will ever forget the look on that man’s face as he left his family and willingly boarded a plane to serve. We are spoiled and thankless many a day, busy pointing fingers at what is wrong in our country and only recognizing men and women serving us when they board planes or on a National Holiday.

Our God has called each one of us to freedom in Christ…yet we get caught up in our own desires and sins…we are human…He knows this weakness in us…therefore he says not to use our freedom to indulge in flesh; rather serve one another humbly. Men and women leave families to humbly serve our country, a country which stands for freedom.  My hope is when I pray for this family I will be committed to better serve my Lord and those around me.