Saturday morning Hank wanted to go to Mama’s restaurant…it is so so so good, worth the wait kinda place
It opens at 8:00 so when Hank woke me up at 6:00 to leave by 6:20…I don’t think I even responded since I knew he had already suckered Julianne into going that early (eye roll…she is always a pleaser…even when she knows it may be ridiculous:). I had promised Ju the night before that I would bring her coffee around 7:15 when maybe some normal people may be lining up. Allie and Eric passed since they were going to find a great sushi place and Gardner was not feeling great.
Anyhoo…Julianne started texting me at 7:00 asking for her coffee since it was freezing and I was already on my way….also sending me pics of the crowd….
yeah, not one person was there at 6:37 a.m. Hank is so proud he was first in line haha! 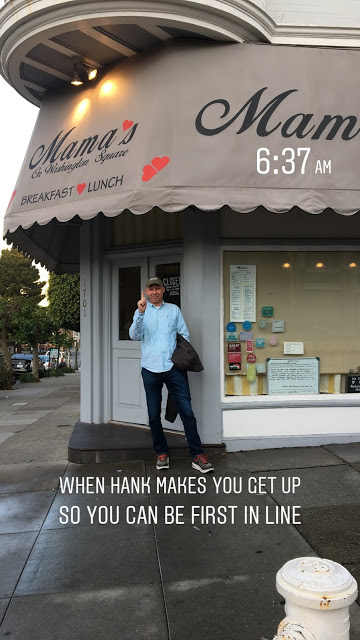 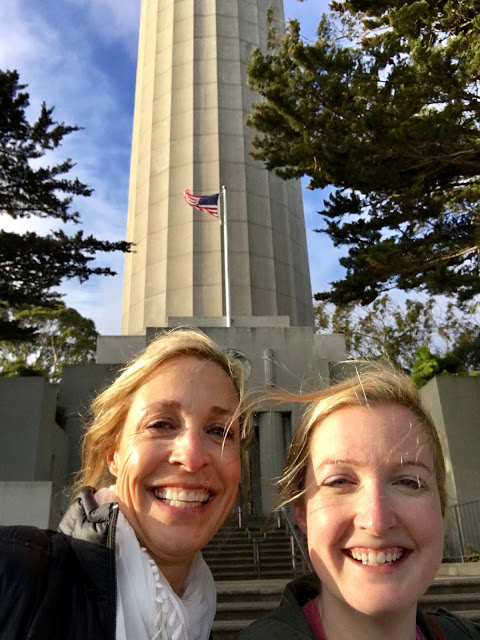 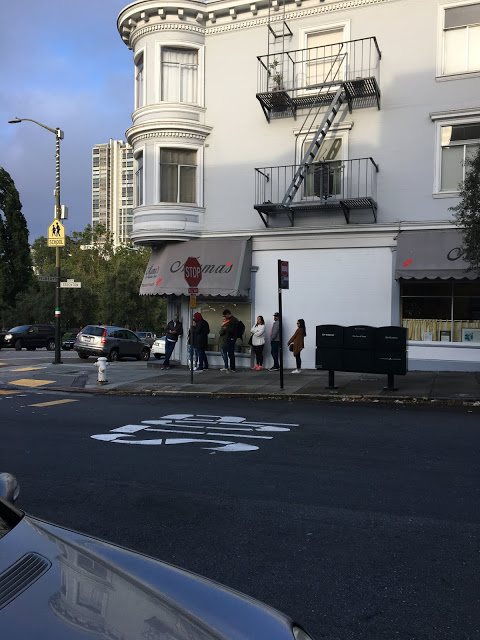 this was the line at 7:30 haha!! Good thing he drug Julianne there at 6:40. A worker opened the door at 8:00 and I asked him, “what is the earliest time most people start lining up?”  He responds, ” 7:15 earliest”. When told that this bozo (pointing at Hank) showed up at 6:40, he kind of chuckled…Hank says out of respect, I say out of thinking someone is a bit OCD 🙂 . Chris joined us at a normal time of 7:50…smartest one of the group!! 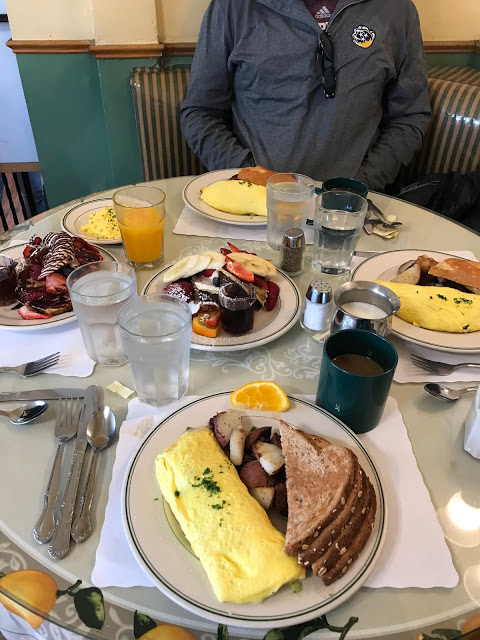 Proof…so so awesome
Our driver was picking us up at 1:00 and we needed to check out of our hotel, so we just hung around Ghirardelli square and ate a bunch of junk until she came:)! We asked if she had time to take us to see the bridge…she did but not much so we had to HURRY! 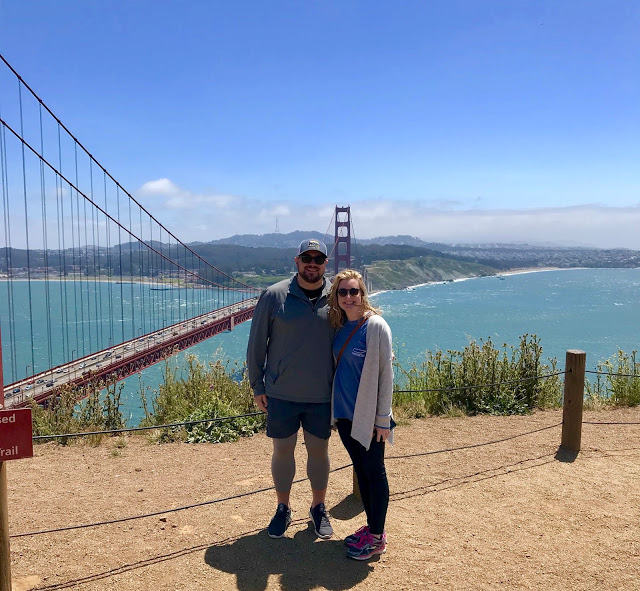 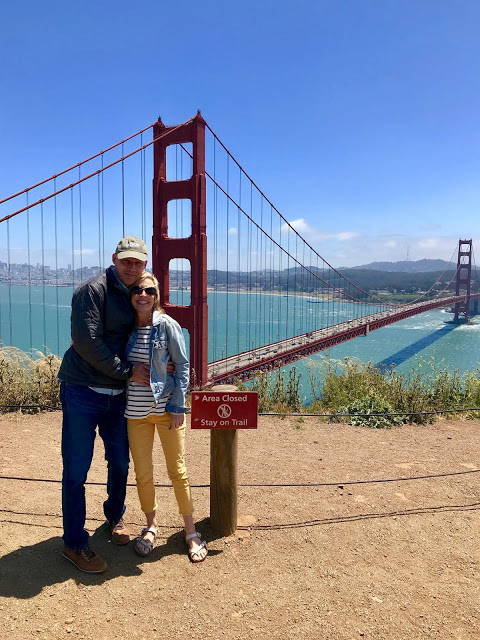 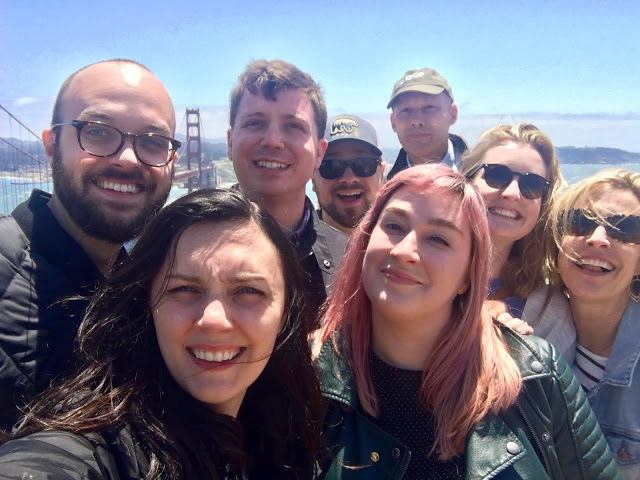 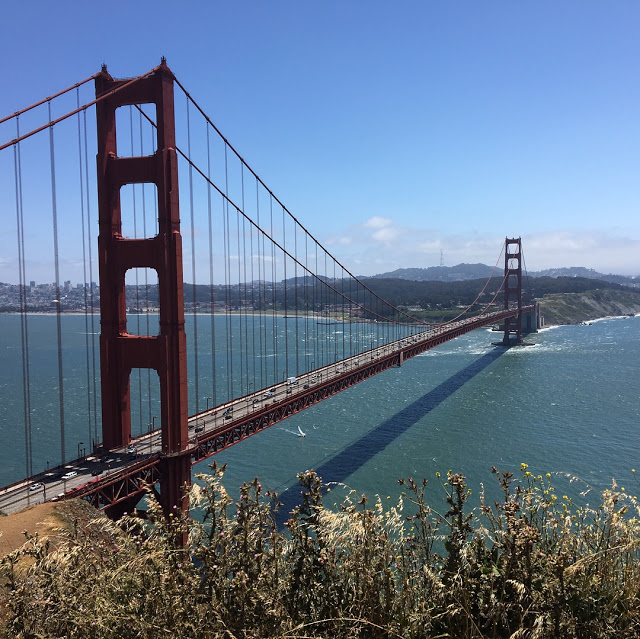 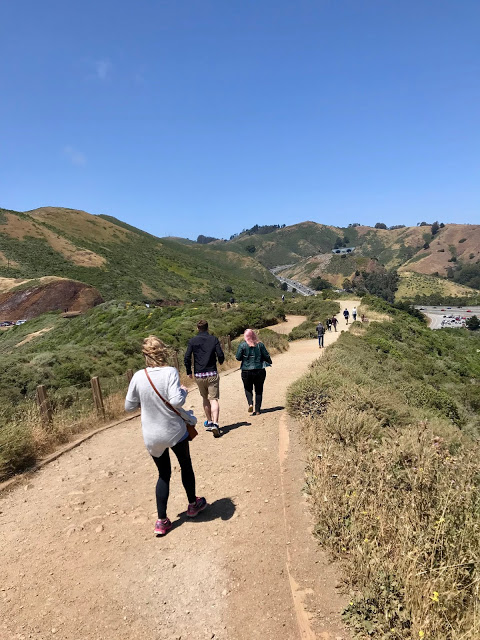 and quickly ran down to our waiting van, lots of laughter, and I about wet my pants ha!
We arrived to our awesome hotel in Sonoma, after waiting a bit for our rooms we received this pic from Gardner… 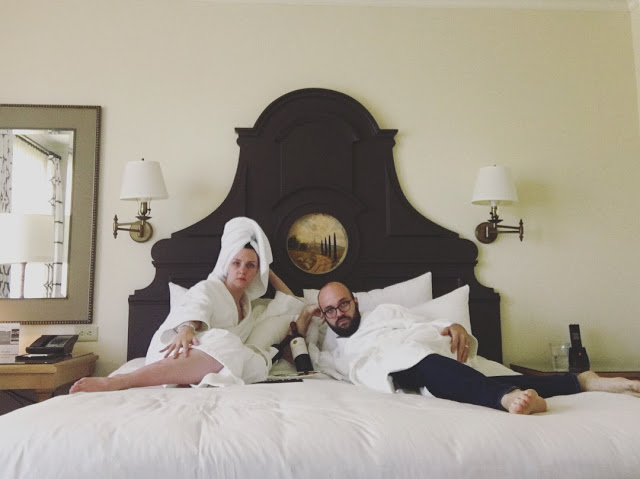 they are so ridiculous and funny!
All the kids started sending pics of their fruit and cheese plates with a bottle of wine…of which Hank and I did not receive. I think we were even with having flown first class now 😂
Our plate was delivered when we were leaving for dinner ha! 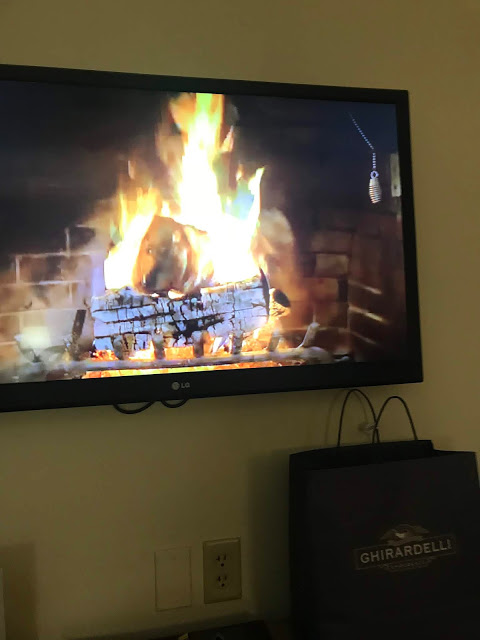 when we returned from dinner the pics started flying again of our tv’s fireplace…. 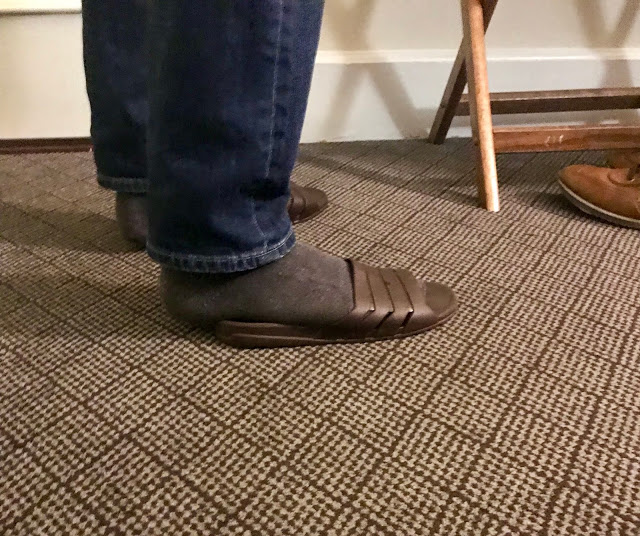 and of course the awesome fitting “slippers” 😂
We had such a great trip….lots and lots of laughs and NO interruptions!!
Next up all the wineries!