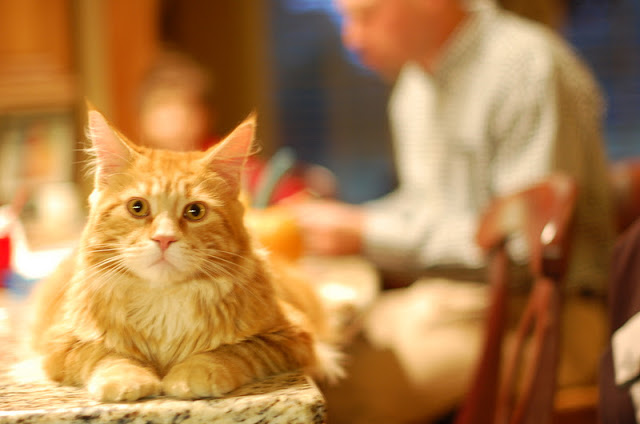 We had to put our sweet Ralph to sleep on Saturday. Needless to say lots of tears were shed for this awesome cat…he was only 7 1/2 years old.
We sure miss him!
He would answer you when meowed to, yes the entire family meowed to Ralph because it was so funny! He taunted Evie on the stairs, snuck up on Odie (scaring him to death), knocked over more glasses of milk or water than I can count…this morning I was sad thinking about how mad he made me when he knocked over glasses of milk, never thought I’d miss that:)
We tried shaking coins in a metal container and spraying water at him when he jumped up on the kitchen counter to no avail. I finally admitted defeat, referring to my counters as “Ralph’s throne”…I’ve been sad not cleaning my counters as much! 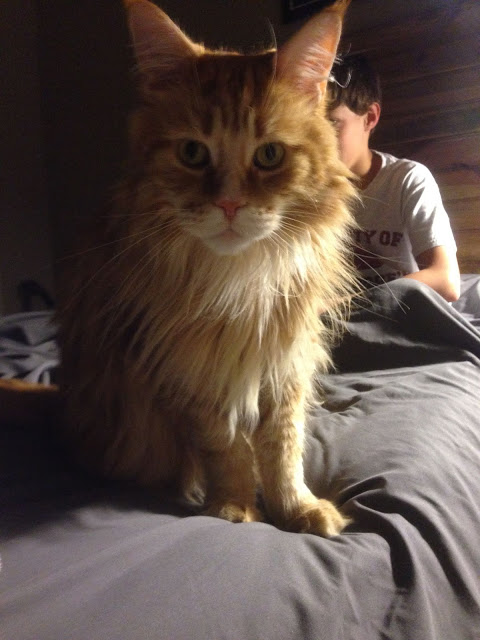 Look how little John David is in the background! We gave him Ralph for his 9th birthday…the first names chosen were Tron and Mew…thankfully he settled on Ralph! 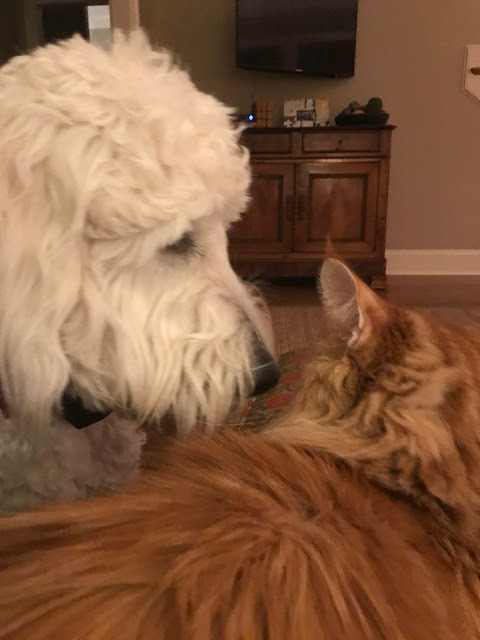 Evie and Ralph had a love/hate relationship….Evie loved Ralph too much and Ralph tolerated Evie😆 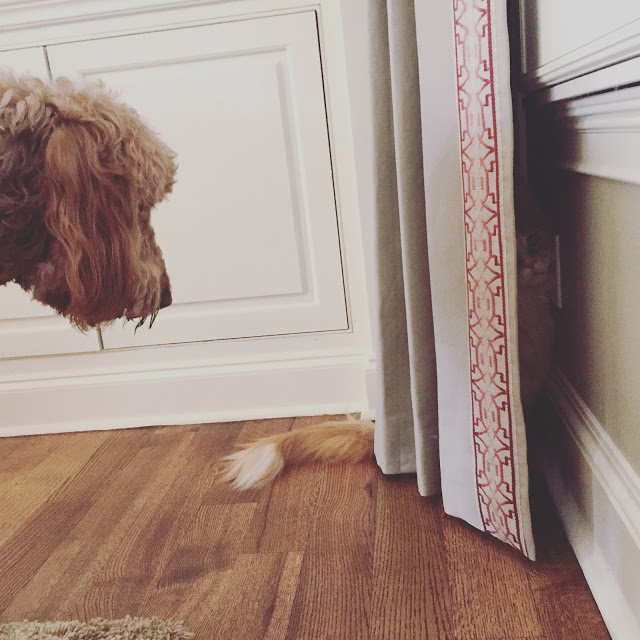 I love how Ralph messed with Goldbug…this pic cracks me up that Ralph thinks Goldbug can’t see him…. these two had a love/love relationship 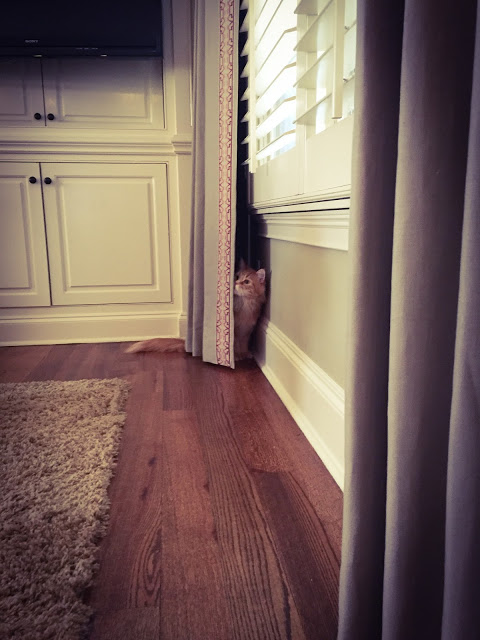 I was not a cat person until Allie talked me and Jeff into getting Pumpkin, a mixed Maine Coon stray who we all adored! After he died, I was the one begging Hank for another cat, along with John David.  I finally convinced Hank when I said “wouldn’t it be fun to surprise John David with a kitten for his birthday?” He jumped right in with that. One of my fondest memories was watching John David’s expression of sheer joy and surprise on that 9th birthday!
I’m certain we will be surprising some kids with another kitten one of these days but for now…missing our big ole orange Ralph…he was truly the best!
Last but not least! Too funny not to share again…Madeline was so proud of herself. I have no idea how she wrangled these three animals into the crate! 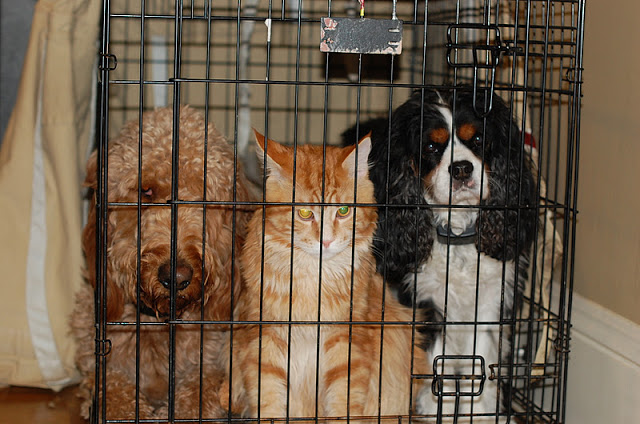 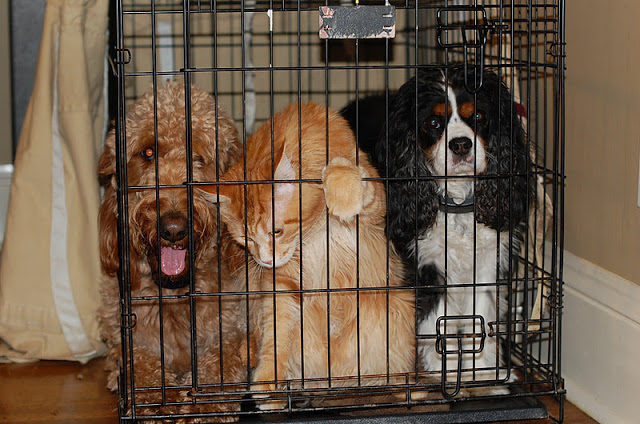 Ralph was the only smart one trying to get out, Goldbug looks like she is having fun and Odie is along for the ride! I think I want another King Charles as well😳