Hank and I had only been married less than a year when I noticed he would get so frustrated with the kids taking things and not putting them back in their respected places. Now remember Hank did not just marry me, he married 3 children as well (ages 9,11, 13)….a fact he did not take lightly. He promised me he would  raise them as his own….which he has and then some. He loves these kids who are no longer “kids”totally as his own, a fact I learned first hand since I now love Madeline and Janie just as if I gave birth to them.

Anyhow, back to parenting 101…..those many years ago Julianne usually took our cordless phones up to her room and left them there…..a fact that drove Hank crazy. He was so frustrated one night and I nonchalantly told him, “don’t get mad…..get even, have some fun”. Well he took it to a whole new level that night. He started laughing and went up to her room. He returned with her comforter full of stuff….her lamp, hairdryer, alarm clock, pillows, brush….if he thought she may miss it, he took it:). She got home a little later and came running to our room asking what happened and where was her stuff. Hank’s reply, “it might be with the cordless phones somewhere”.  That night is one of my favorite memories of Julianne’s high school years….we laughed til we cried. I think Julianne smiled a little, I mean it was creative and she was not grounded:)

Now fast forward to Julianne at 22 years old. She is living back home saving money until she gets married, a fact I LOVE. I’m pretty sure I love it more than she does, seeing as there are little people here as well who adore her and drive HER mad. I may have sighed a time or two over laundry and texted her back a sigh or two but honestly she knows I like to do the laundry myself and don’t want anyone messing it all up anyway:). I truly love having her home.

Hank came in the other day and asked if I had noticed all the cups Julianne leaves on the driveway by her car. I think my response was “yep”, I had also noticed Janie’s dumped over bike on the side of the driveway that has been there for a few weeks due to “it’s too cold to move it Mommy”……imagine a whine with that statement! sigh……anyway…….Hank came up with a plan last night at dinner. We felt like Julianne was 14 again as we plotted away….laughing until we cried again!

Here is the text he sent her yesterday afternoon calling her out on throwing trash in our yard…..notice she does not answer it:)  Then he texts her this morning after she leaves the house for church (Hank’s texts are in dark blue and Julianne’s are in grey)….. 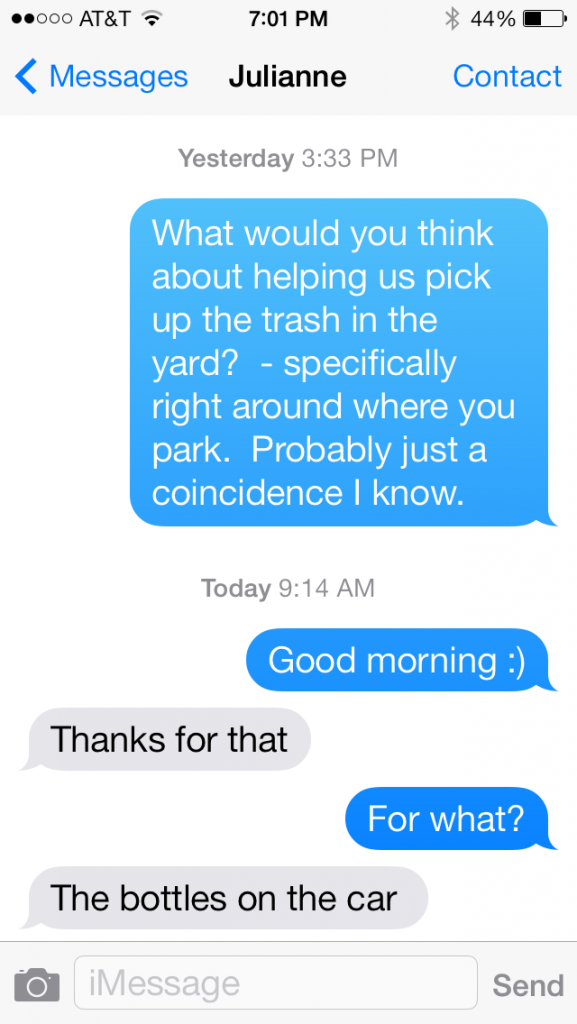 she is referring to the next picture….. 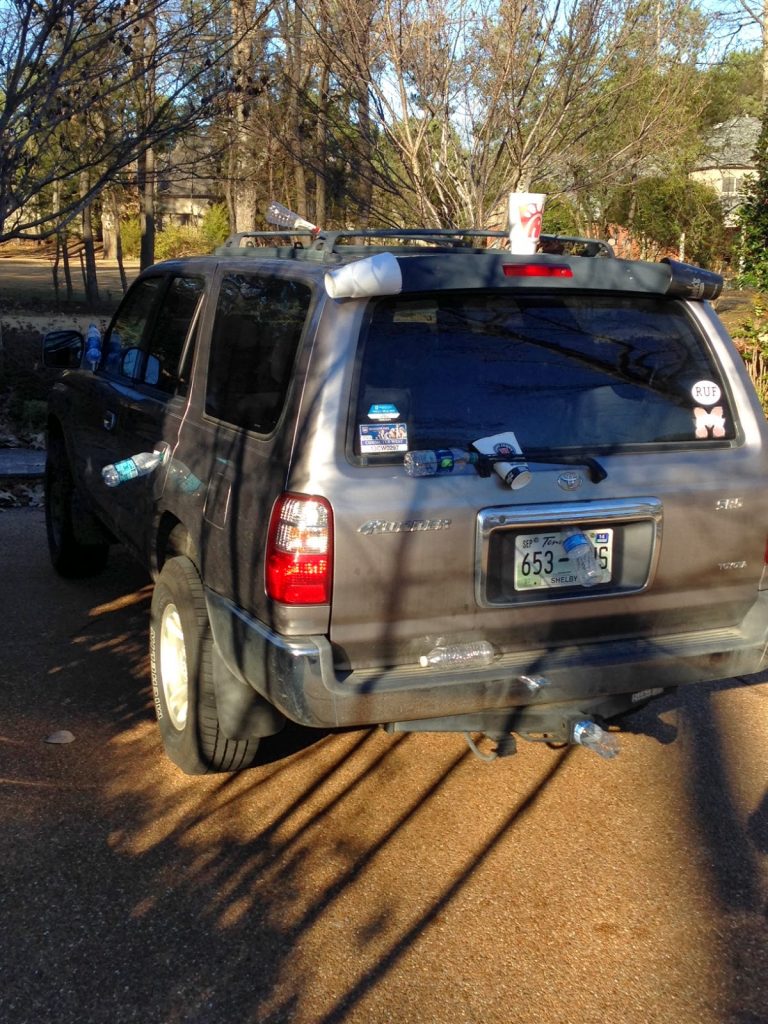 I love the one in her trailer hitch hahaha 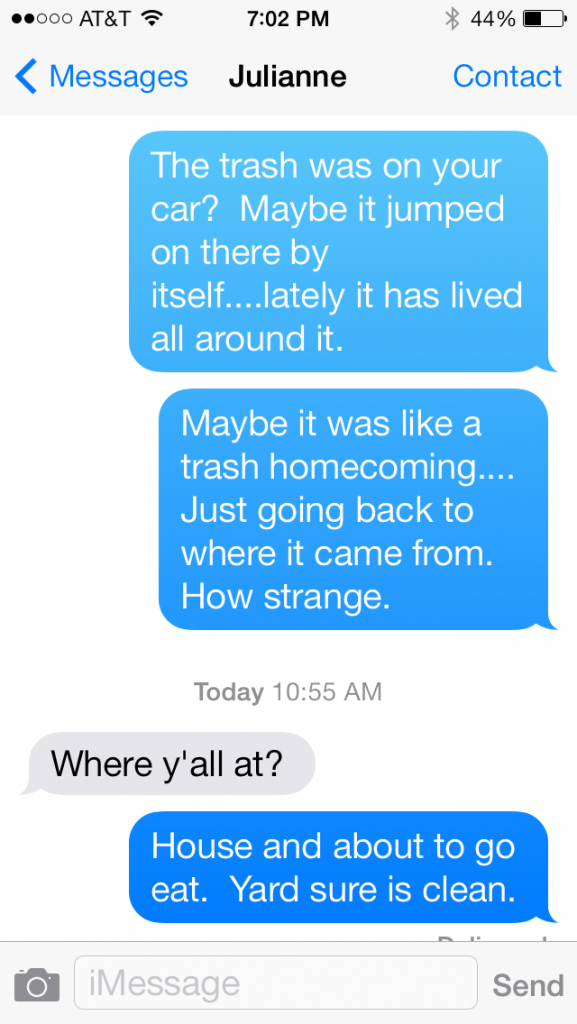