We decided John David, the girls and I would make a little trip to visit Gardner over our fall break, and since his new town is just a few hours from Orlando we met up there.
We missed Kendyl since she was back in Memphis working wah!
Gardner and I decided to hit it hard and go to 2 parks a day, maybe not the best decision but we sure got to see and ride a bunch!
Our first evening John David’s friends Colby and Levi met us at the hotel and went to the parks with us the next day. They moved to Orlando in August so it was special to get the boys together. Colby is John David’s twin in how he thinks and acts…fun to see them together! 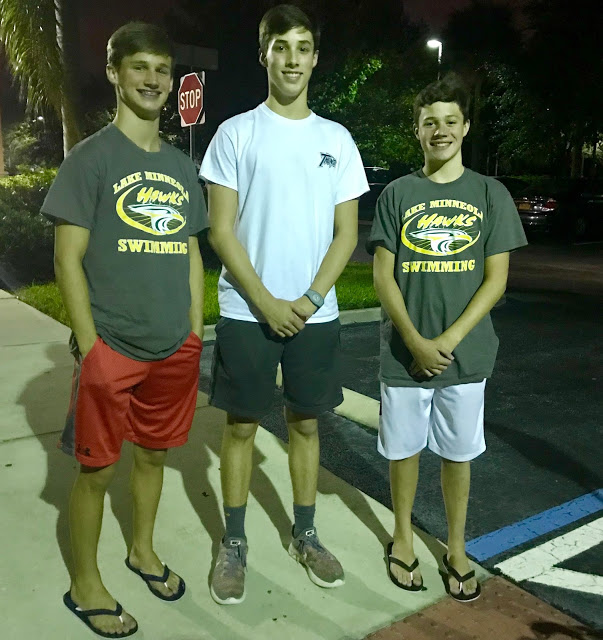 Levi, JD and Colby
such great kids!
Bright and early the next morning we hit Magic Kingdom 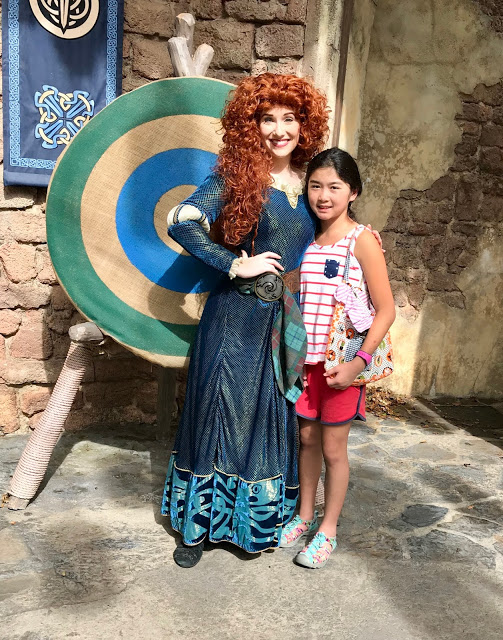 Madeline and I hung out most of the trip since she does not like rides, especially fast ones!
Thankfully she was still all about seeing some princesses:) 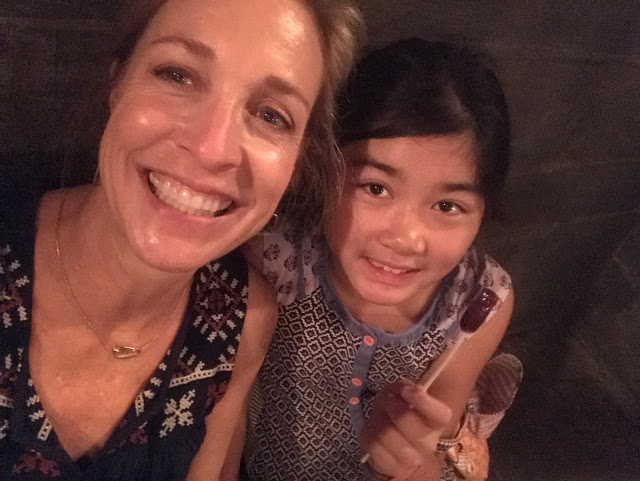 we are waiting for the kids to finish a ride so mom could get a pass and ride too:) 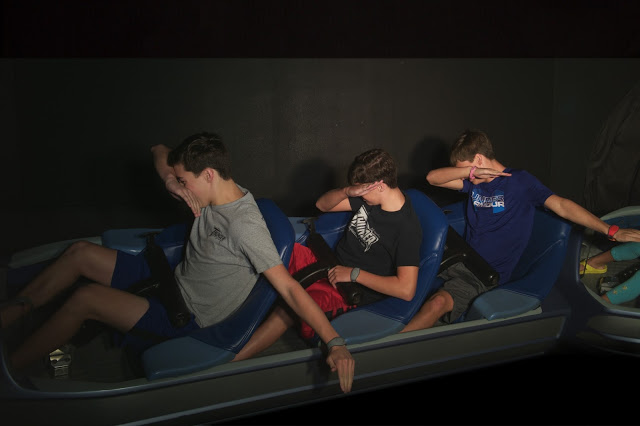 they were so funny! 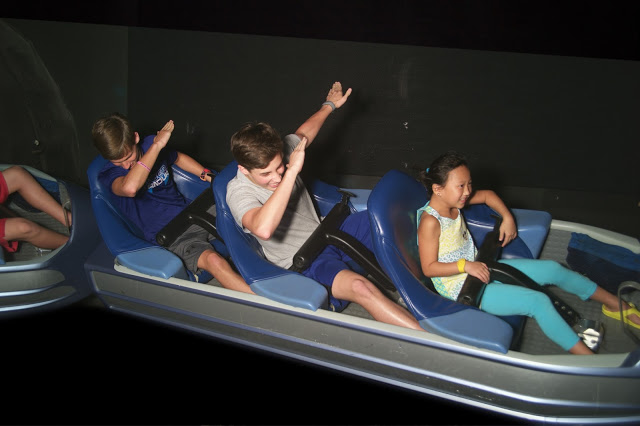 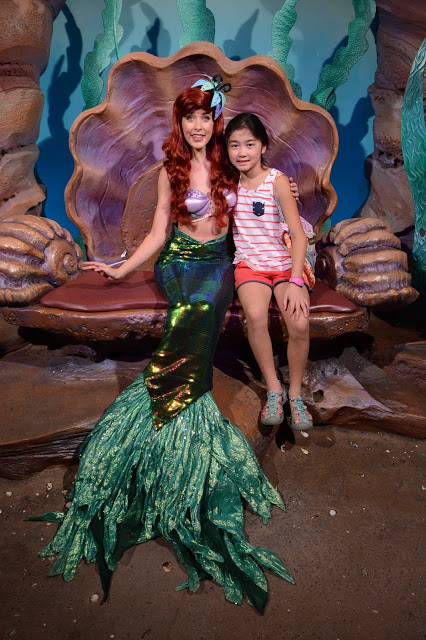 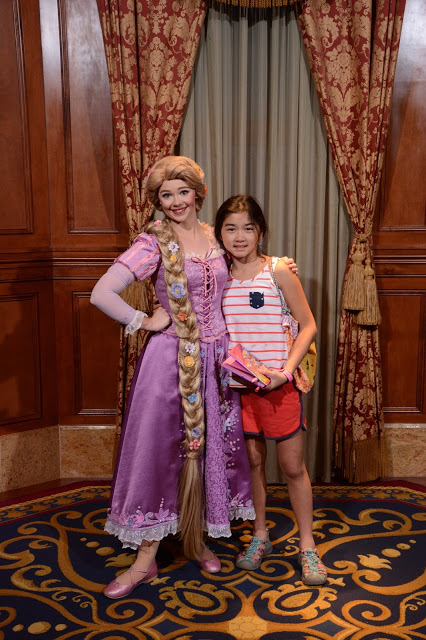 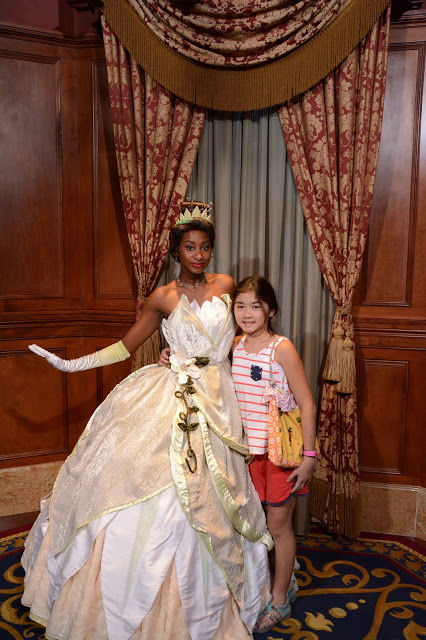 goodness we sure met a bunch of princesses
they were all so sweet and in character!
Gardner left with the boys ahead of me and the girls since we wanted to find Snow White…we were meeting up at animal kingdom.
The last time we came we stayed on site but this time I did not want to spend as much money since we went a few years ago…
As I was walking out with the girls I realized I did not pay attention to where we parked😣
As I’m about to call Gardner, my phone rings with “hey Mom do you remember where we parked?”
We cannot be trusted with children that is for sure!!hahaha
he said “well, I know we are not Villians because we already covered that side” hahaha
We met up with them outside and went to the Hero’s side all of us guessing where we parked…
we found our cars with our panic buttons to honk our horns hahahaha!
pretty funny if you are not us!
on to Animal Kingdom 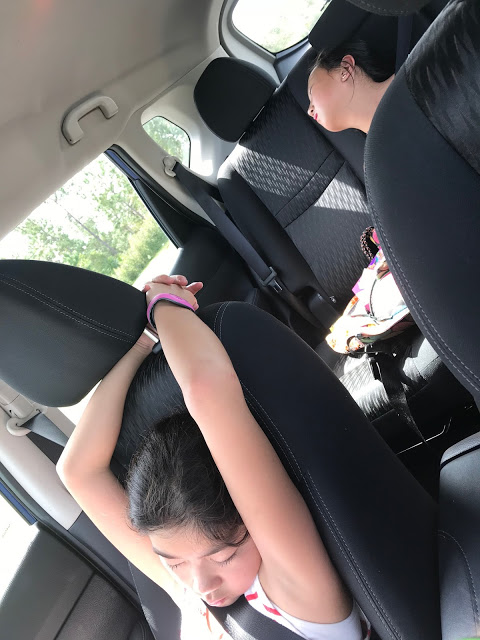 the girls seconds after closing the doors of the car! 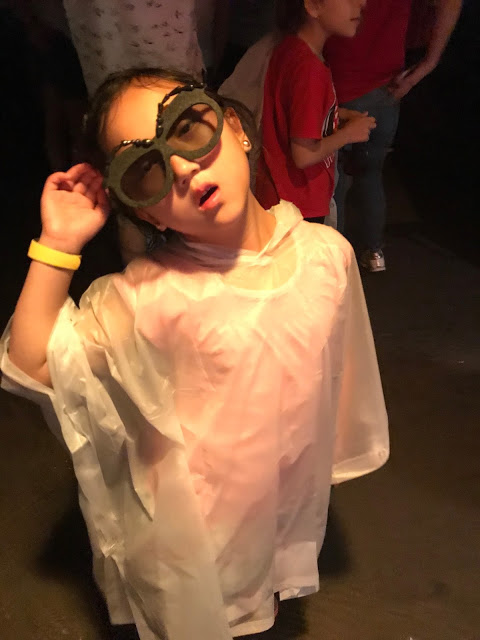 girlfriend posing before a bugs life
Madeline was not a fan:( 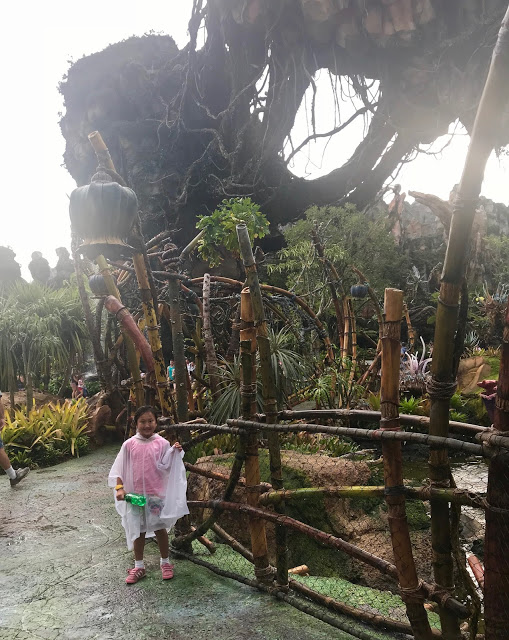 we did not get to ride the new Pandora rides since we did not have any more fast passes but the area is super cool! 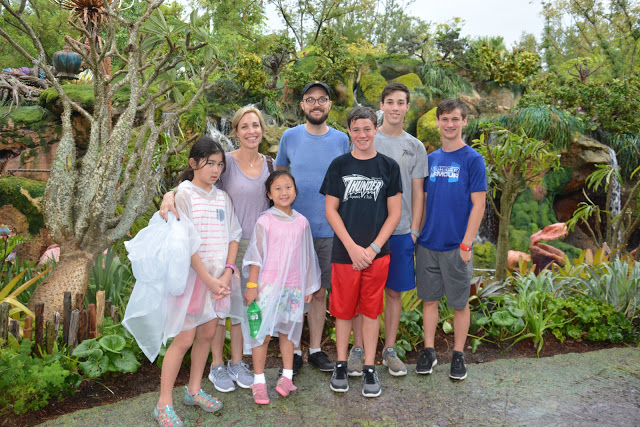 the whole crew
We all (but Madeline) rode Everest Exhibition and it is awesome!
Day 2 we hit it hard again!
First up Hollywood Studios! 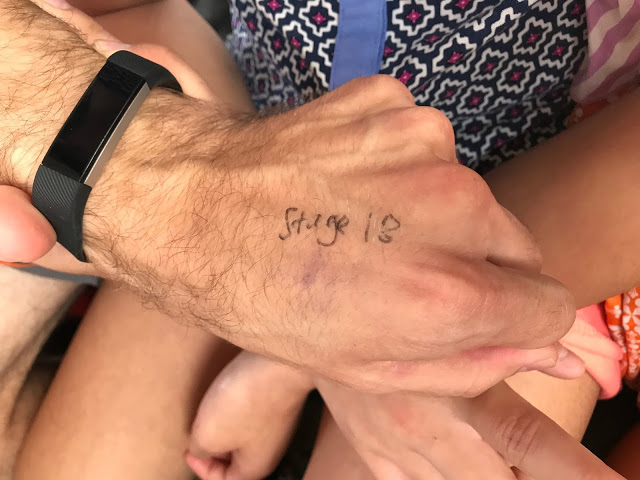 Gardner wrote our parking situation on his hand and thankfully I texted Julianne a pic since she was still laughing at us about the previous day.
We learned that when it is hot and you are going to clean up in the restroom often, pen marks come off your hand easily😂😂
We rode Tower of Terror a few times, getting an extra ride for 2 others each time since Madeline does not like it.
Then on to Star Wars!
Madeline loved this so much…
then on to meet a few of the characters..this is where M did not have such a great time. I don’t think she was prepared that the characters would act real. We got in line to meet Kylo Ren and Madeline would have no part of it when we got there, she was happy to stand back and watch the action! 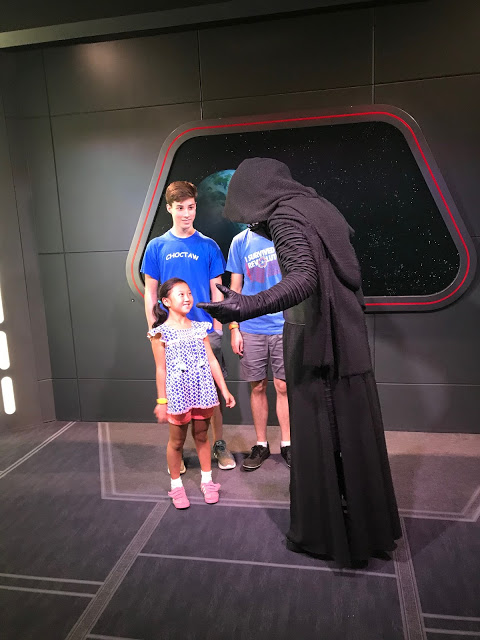 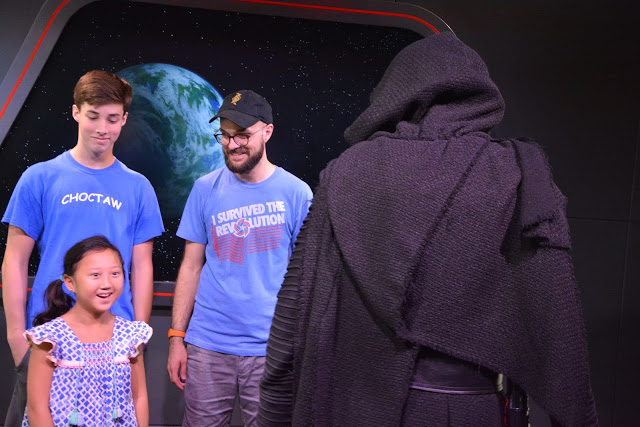 Janie’s smile cracks me up!!
this is her minutes before 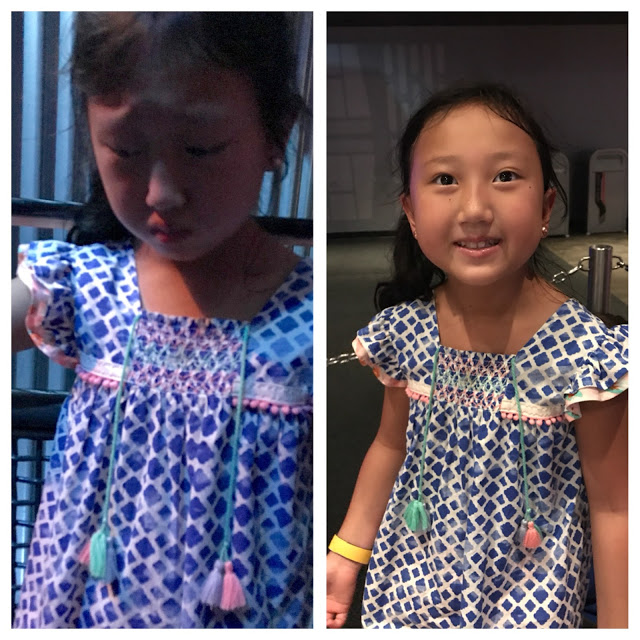 typical Disney behavior
honestly I thought I was traveling in a psych ward haha! 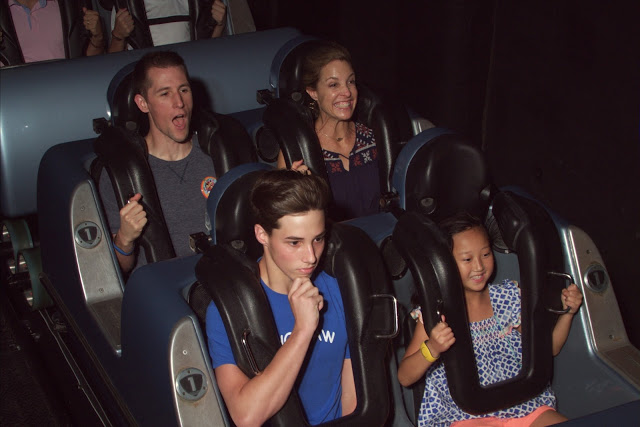 Rock’n Roller coaster
this pic makes me laugh out loud! John David said he was going to hold his chin and not move going 60 miles an hour so I told him I’d try to give the biggest smile I could hahahaha!!
(wonder what the guy next to me thought when he saw the pic??:)
After lunch and one more ride on Rock’n Roller coaster we headed to Epcot
Madeline was in search of the rest of the princesses so we took off around the countries to meet as many as we could. Janie and the boys headed to ride what they could! 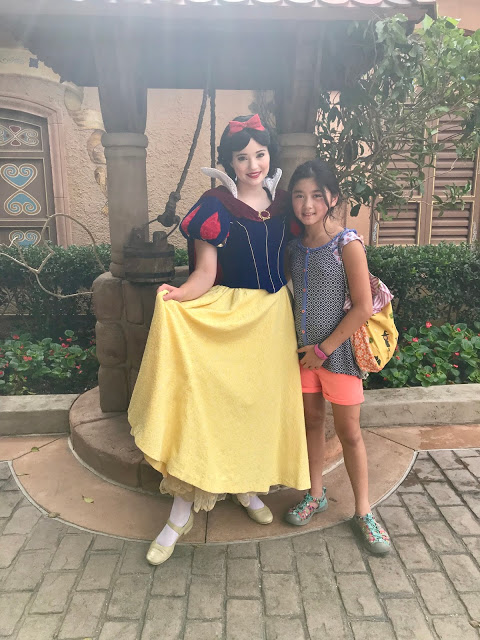 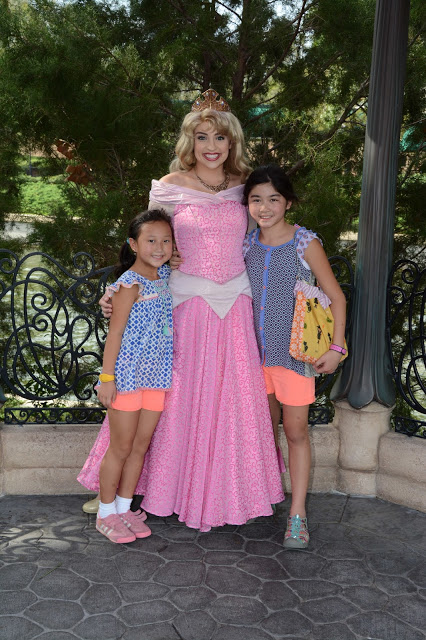 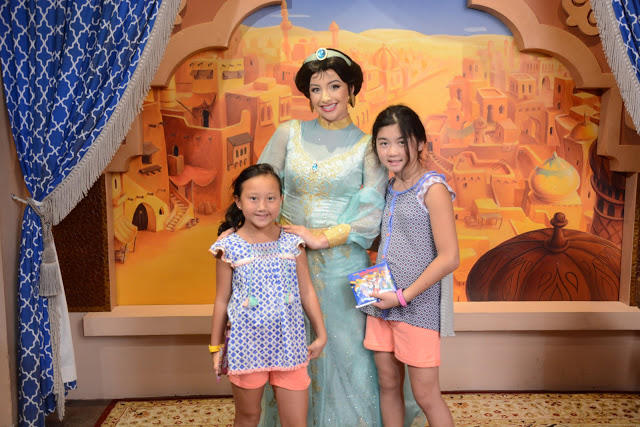 and that’s a wrap with Disney!
We sure loved seeing and spending time with Gardner!