When Hank and I started our paperwork on Janie, we both felt that we were being obedient to God yet did not have any idea what he was going to do with this. Hank was really hopeful that God wanted him to be willing to say “yes” to him and would not make him go through it, kinda like Abraham and Isaac….I was a little skeptical of that:)! We both had the attitude of let’s just see what doors he opens and closes. I have to say during this entire period not one door closed, only our own disbelief that it could be done got in the way.

When we first started working with our agency the worker in charge of our dossier called. We talked about the process and I shared with her what we were trying to do: I did already have a commitment from the head of waiting children, Stephanie, that she would help us ( thanks to sweet Diana). Well this worker was pretty skeptical to say the least, helpful but skeptical. I went for a walk after I got off the phone and was praying about it, I remember asking myself if I was crazy and I clearly heard “no”. Seriously I thought I was losing my mind. I called my sister and shared it with her and she totally believed God was telling us to keep on going…..so we did. I have to say over the next few months when dealing with home study delays, USCIS delays ect, I kept going back to God telling me “no” you all are not crazy, keep on. I had to remind myself that He was in charge, we just had to keep moving with it. Needless to say that was the most stressful time.

Fast forward to Friday, August 26th. I got an email from Stephanie that “Llil” was going to be released on the shared list that Monday evening. I was scared to death but thankful we knew she was finally being released. And as God always does, we had just gotten our LID date the week before  so we were good to go.
I was a nervous wreck the evening of the release of the list. I begged God to not give her to us if it was not in his will even though I desperately wanted her. I knew that he knows what is best for us, I prayed for her family no matter who it was……and then it seems like a I waited forever. Hank went on to bed because he had surgeries the next morning, seriously how do men do that????:)  Stephanie called at  10:30 and said “We got her”, I was so stunned and so very thankful. I had been so hopeful but did not know what God wanted, always wondered if he was using her to lead us to another child, but my heart always told me to wait on her.

Then the sleeplessness set in……her file was really scary and uncertain to me. I don’t think I slept much at all because I was so worried that Hank would tell me we could not do it. I got out of bed at 4:30 and was so burdened and sad for how her life started and so uncertain of my feelings. I was walking out of the hall bathroom and I clearly heard “watch this miracle unfold before you”. I just stood there and thought, did I just think that??? But I don’t use words like unfold and I don’t refer to myself as you. I felt like I was slowly losing it.

Hank got up shortly after that and had read through her file. He was not really concerned about all I was concerned with and went into doctor mode and started calling the forces in to look at her file. I was terrified and he felt we did not have enough information yet. We had 72 hours to lock her file and I reached out to my blog buddies who have walked this before me and they helped me so very much! (thank you Diana and Jennifer). We had lots of doctors conversing and sending us opinions. I got an email from Diana and really thought that Hank would interpret it that Janie was urine incontinent, but his reaction was still, we don’t have enough information to say that yet. By Thursday it came down to that we had no information telling us we could not do it, no doors closed yet. So we sent in our LOI. Janie has imperforate anus and one of the concerns we had was if she was urine continent and we could not get a straight answer on that yet. We knew that Cincinnati Childrens can help us with the bowel problems but could we handle a child that has to be catherized many times a day for urine for the rest of her life. So we waited on those answers over the past 3 weeks. About a week ago I had a peace come totally over me that God had it under control….he had brought us this far and was not going to stop now. I even told Hank that we were getting her and I wasn’t worried, we could handle it. He just looked at me with this blank stare, still makes me laugh, I think I was a little too cocky!!

On Sunday evening September 18th I got an email from Diana telling me that Qingzhong ” can control her urine. she doesn’t leak urine.  She has postoperative formation of anus, postoperative repair of rectovaginal fistula. So she can not control of stool.  And her stool leak out very often. So she need use diaper.”

Well that was the best news ever. I had resigned myself to believing that we would not get a straight answer and were going to have to jump out there and go with it. So very thankful that God gave us a clear answer and Hank can now go get his little girl without even more medical worries than we already have. He knows way too much medically to be able to let that go, it is so much easier for those of us that don’t know all that can possibly happen. I think in the end God blessed Hank for being willing and gave him the answer he needed to know before we travel to get her.

I want Janie to read this someday and know how much we loved her just from seeing those sweet eyes and how God lead us to her and saved her for us. It is a privilege to be a part of her story, to have front row seats watching what God wants to do with her life. Now I cannot wait to hold that sweet baby and watch how John David and Madeline interact with her. They have never wavered in their desire to have her as their sister. Allie, Gardner and Julianne all want to go to China with us so we are trying to figure it all out now. I NEVER in a million years thought I would have 6 children. As usual the joke is on me since I am the queen of never say never! 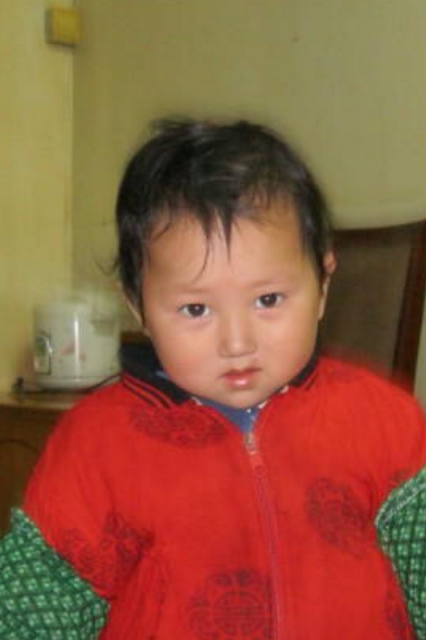 Jeremiah 29:11 For I know the plans I have for you,” declares the LORD, “plans to prosper you and not to harm you, plans to give you hope and a future.