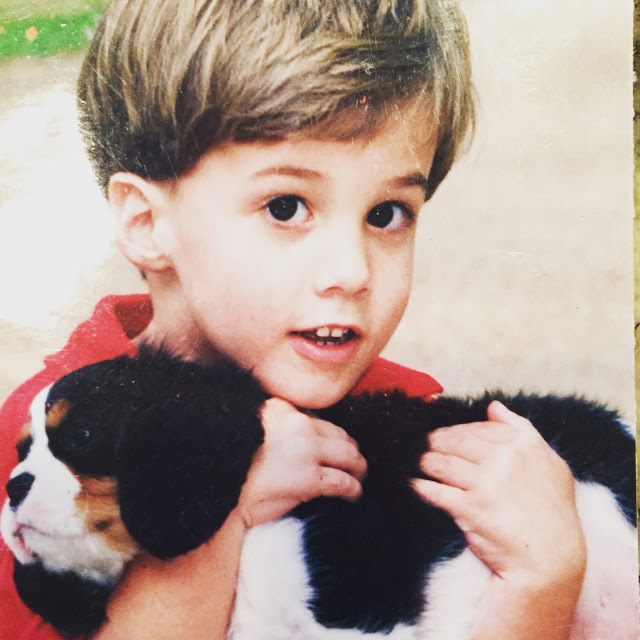 this was taken the day we got Odie:)
John David was 3 and determined to name his puppy Odie:)
Allie was 16 and was not so keen on the name Odie, she kept asking him about other names…
John David sat there for a minute considering each name Allie said and each time he looked at her and said “how bout Odie?”
she soon gave up😂 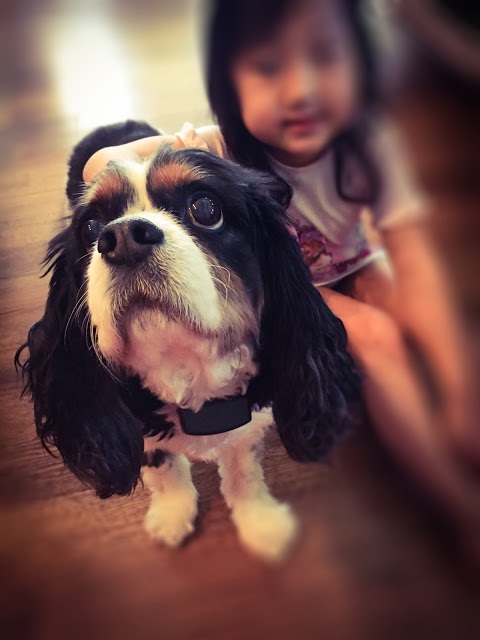 we always said Odie was the sweetest most annoying dog ever…
the first few years of his life if he got in the pantry and the door was cracked, not closed mind you,
he would stand in there for hours waiting for someone to let him out haha
we made his kennel under the counter in the laundry room by taking the door panels out of a double cabinet and adding chicken wire. For the first few years he did not know he could get out by pushing on the doors….our cat would get in and out of  it since he liked to sleep with Odie. It did not occur to Odie that he could get out too until he was about 4 years old hahahaha 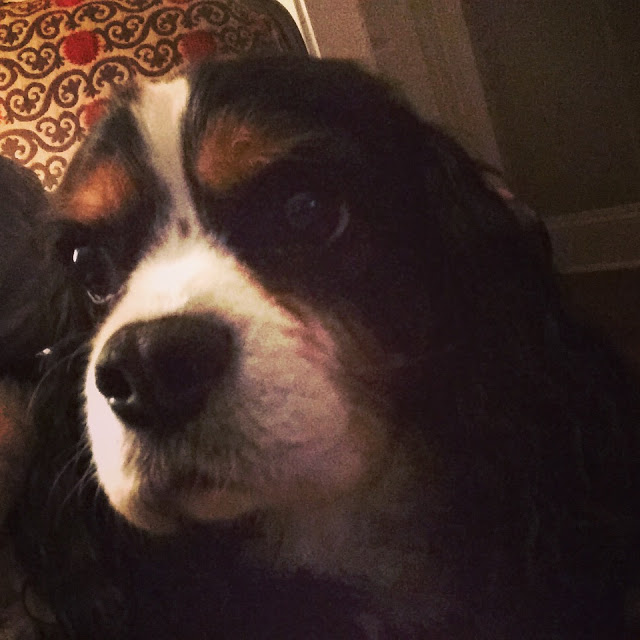 SWEETEST face ever!
he proved his veterinanrian father wrong by consuming vast quantities of chocolate over his lifetime..
yeah this is the annoying part…lots and lots of disgusting to clean up😬
we said he had nine lives
he could sniff out candy in the most unlikely places, or paper for that matter
he ate most anything.
Bless his heart by the end of his life he was so confused I don’t think he knew when he ate or not, but he could still find chocolate or paper anywhere! 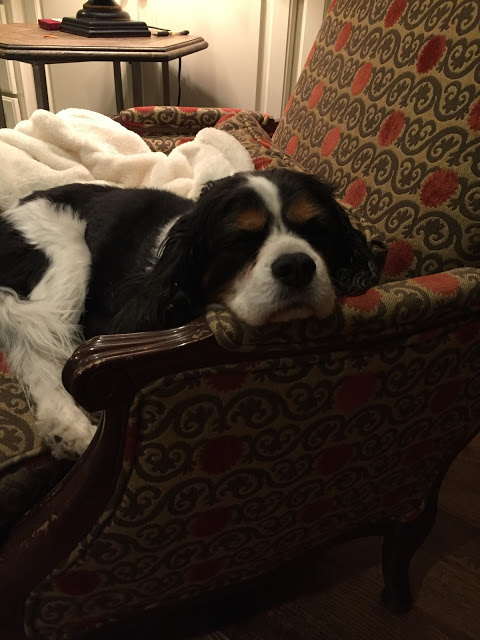 this was his favorite place to sleep…
this past year we discovered that he was totally deaf, I can’t count the times I thought he had died because he would not respond when I tried to wake him up.
Julianne and Chris were babysitting one weekend and I had forgotten to tell her how hard it was to wake him up……she went to get him up one morning and he would not move,
she backed out of the laundry room crying and calling Chris to come help her saying
“Odie is dead”, Chris came wallking down the hall and said “no he isn’t” as Odie walked past Julianne hahaha
The exact same thing happened to me last week and scared me silly!

He started having some episodes in which he was not getting enough oxygen so we decided we could not watch him suffer any longer. He was such a sweet sweet pup and will be missed terribly….goodness we loved that sweet annoying doggie! He will always be remembered!! 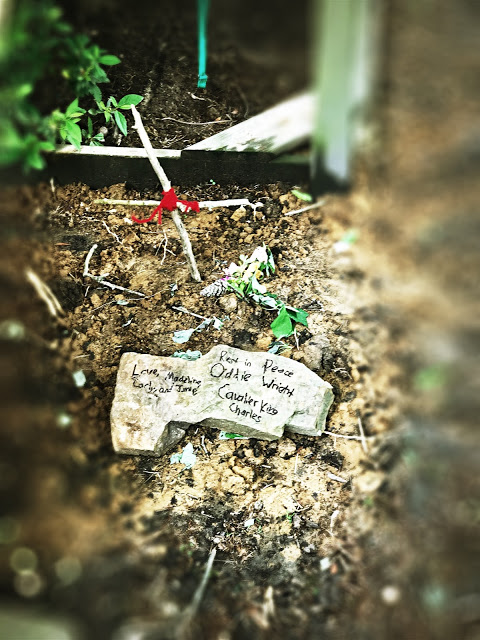 we buried him in the back yard
Madeline and Janie wrote on a stone for him ..so sweet
love their sweet hearts