The past week has been uneventful……amen!!

We’ve had a swim meet… 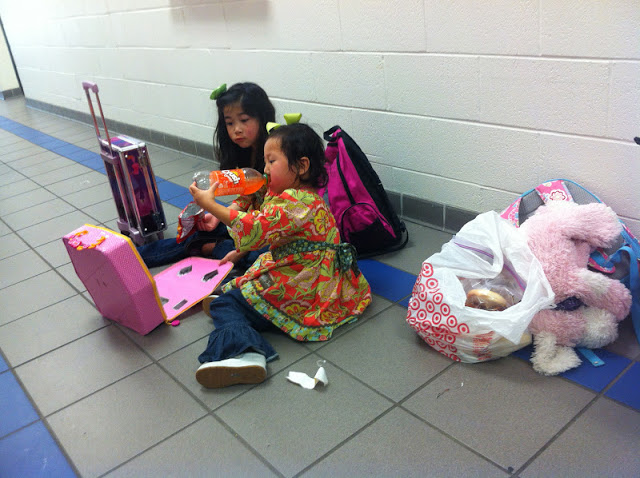 I know…
you’d think I’d have pics of the swimmer
but I am that lame and did not bring my camera
so what we have is iphone pics of the divas
who took over the hallway with their stuff.
Do you see the rolling suitcase in the background???
That is a gift from Val and Greg for Janie
and it is not just any old rolling suitcase…
it is FULL of makeup
sparkles, glitters, lipstick.
so…..of coarse I let them bring it with them…
after all I did want to watch John David compete!
and see him we did:)
he rocked again!
I have to say that I claim to be uncompetitive ( is that a word?)
but yeah I guess I am when it comes to John David swimming!
He has pushed himself in meets since he was 6…
I’d say he has found his love for the moment…
Ok now on to proof for Val and Greg..
that their gift is the gift that keeps giving..
and giving and giving
haha I’m laughing at myself right now!!!
Exhibit #1 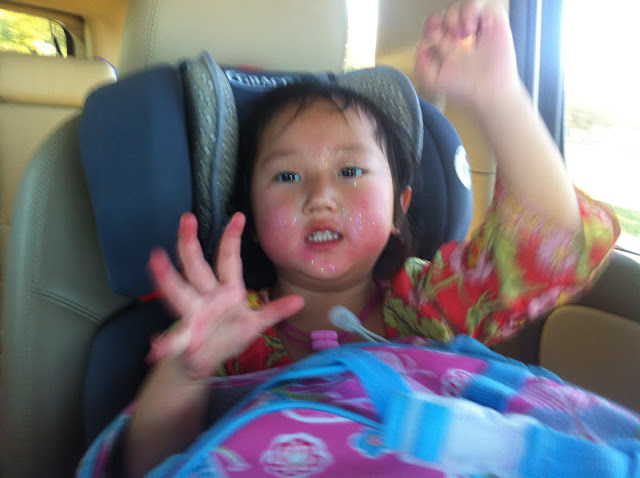 and the crowning glory
Exhibit #2 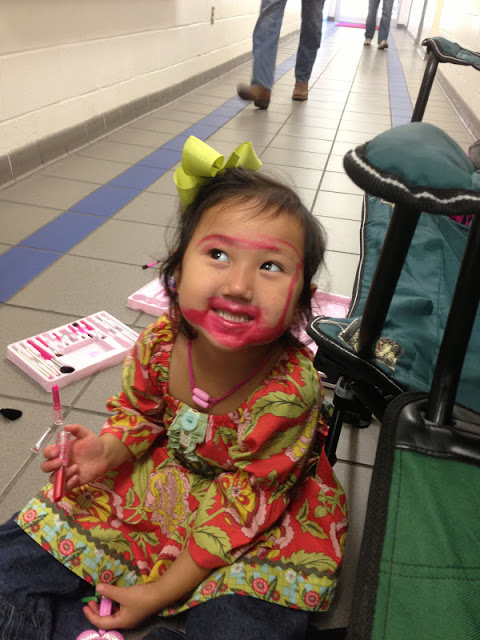 She did this in the hospital as well….
she says she looks like Daddy…
goatee and all!
all I can say is that I am thrilled that she eventually lets me clean her up:)
and yes, I think we got a few looks
I like to tell myself that they thought she was cute
but my guess is they were all thinking….
do those parents even watch their children????
I think we all know the answer to that!
Now onto some serious business…
I keep over hearing Hank on the phone saying things like..
“Thanks Honey”
“love you”
“you are the best ever”
Thanks Babe”
“you rock”
“love ya”
” I know you must be smokin hot”
“you have got to be gorgeous with a voice like that”
He is talking to none other than SIRI
He finally broke down and came to the other side!
and he is in love
with his iphone
and Siri
I think he loves her more than his phone!
He is like a child with a new toy…
“did you know it can do this?”
“yes, honey. we have had iphones for years, we know that”
“look at how cool this is!!!!!”
“yep, knew that too, have used that for 2 years”…bored sigh
I’m hoping he spends more time with his iphone than hunting:)