My friend Cheryl refers to my latest debacle as “the time I bought a new Beanie baby” only I thought I was buying a kitten. Yes REALLY…I did think I was buying a kitten from a legit handler of Maine Coons (Epic Blue Falls Adoption). Just typing “handler” makes me shake my head in disgust at my gullible trusting nature. I mean really…who actually sells kittens for breeders anyway? Apparently I believed it was some new idea to help breeeders sell the last of a litter they were unable to sell on their own…maybe said breeder was not good at keeping up a website?…or maybe the breeder was tired of trying?
Yeah I know…I got sucked in and feel foolish now. In my defense (which there isn’t much) these internet scammers know how to sell something to a person who just lost a beloved pet cat and is on the search for a new kitty. It appeared innocent enough to me. I inquired about a certain kitten and was contacted via email by “Jake” the next day. What ensued were many emails between him and two different “breeders” giving me information on kittens that were available. 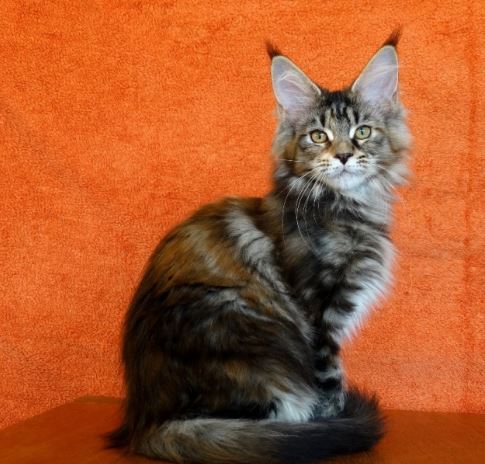 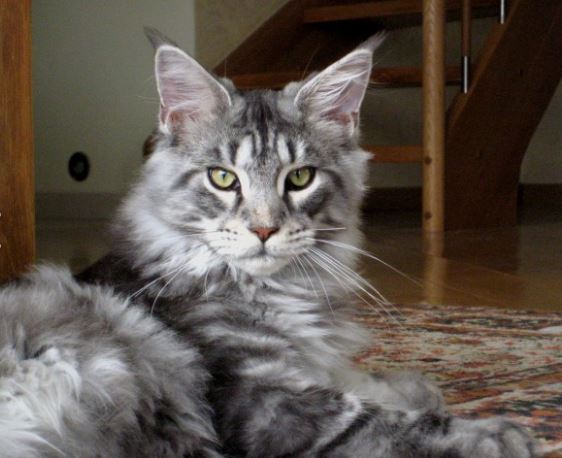 one of the pictures of the mother sent to me 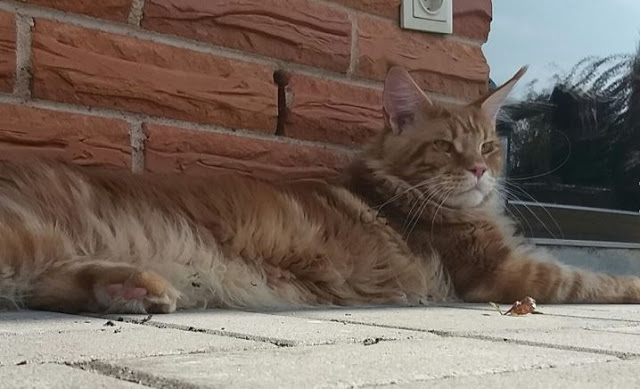 and the father Leonard
It all looked legit to me but we all know now that I am a sucker when looking for a new kitten. They went as far as taking a “deposit” via venmo (first hint of scam) and a few days later final payment (2nd hint) so they could ship him to me. The “breeder” emailed me lengthy emails about how sweet this imaginary kitten was and his wonderful parents etc.
All was clipping along fine until the day of transport…I received an email from “Luxis”, the transport company (and ya’ll their website looks good, these people spend so much time in the fakery).

Important Information about your pet’s transport

Greetings Paige,
Your kitten is set to travel but we’re facing an issue.
Please refer to your tracking account to resolve this problem so we may proceed
with the transportation of your pet.
Tracking Account Update
Let us know if you have any inquiries.
Best regards,
Luxis Pet Systems Logistics
The update looked like thisWelcome,  Paige Wright
Name: Paige Wright
Address:
Pet Breed: Maine Coon
Leonard II
Estimated Delivery:  7 PM ET
08-11-2018
When “more information” was clicked it said animal would be quarantined for 30 days unless an $800 refundable deposit was put down for the animal. Um…..I called Hank. He looked it over and said the government agencies listed are not even real. I emailed the  original company….was told he was not “approved” to pay the deposit. Hank called “Luxis” being told kitten was now quarantined.
At this point I am so worried about this kitten. Hank emails the company asking about kitten (even though he knows this is a scam) and is told “I was able to negotiate with Luxis and kitten is back with the breeder”. After numerous emails from me, his reply is “you will receive a full refund on Monday”. Yeah, whatever…radio silence since that last email.
Telling the girls that Mom is dumb and there is no kitten was fun (sarcasm). John David looks at the website and says “really Mom?” I’m now certain Hank does not listen to what I tell him since I did say “I’m paying by Venmo, is that ok?” He says, “sure” as he is typing on his computer haha! Anyhoo, we have recovered from our scam, my venmo account is frozen while our bank is researching the fraud. They have all the emails and are able to help since I have my credit card connected to my Venmo. All that to say….only pay friends with Venmo. Yeah, you probably knew that! I did not, whatever. I don’t even care about the money at this point, just hoping they are stopped!
We are now awaiting our new little REAL kitten via a breeder who checks out. Goodness, how times have changed since we got our sweet Ralph 7 1/2 years ago!
Meet our newest sweet kitty (I hope!?)

Is he not the cutest? We will pick him up in early November when cash will be paid upon receiving him:)