As I’ve written many times over the summer we spend a lot of time at pools
John David especially!
he has trained 6 days a week
4 of those days twice a day
This past weekend was what all that training was geared toward:)
He had such a great meet!!
I loved every second of it except the parts that involved the incessant whining
of an unnamed family member????
Put it this way…..
Hank and I will go by ourselves when JD competes for the Southeastern meet in the spring
just sayin……
I am very spoiled in the picture department since a friend rented a lens
and captured so many awesome pics of the entire team
~thanks Jeanne!~
John David finaled in most of his races and was pleased with all his times:)
his only moment of arrrrrggggggg was when he was DQ’d in his 400 free
wahhhh, it was so sad
but he picked himself back up and had a great attitude
Honestly I am most proud of him for how he handled that over his other accomplishments
Hank and I both felt that he learned more in that moment than he did in any of his wins
bittersweet
now on to the awesome pics:) 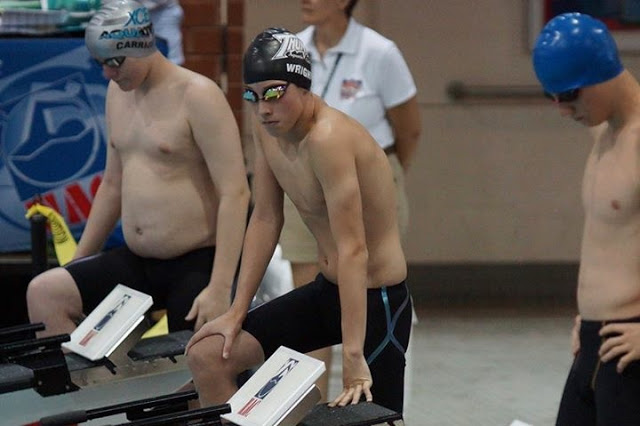 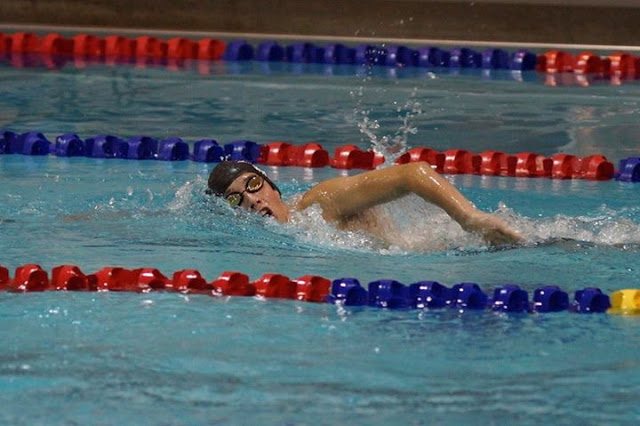 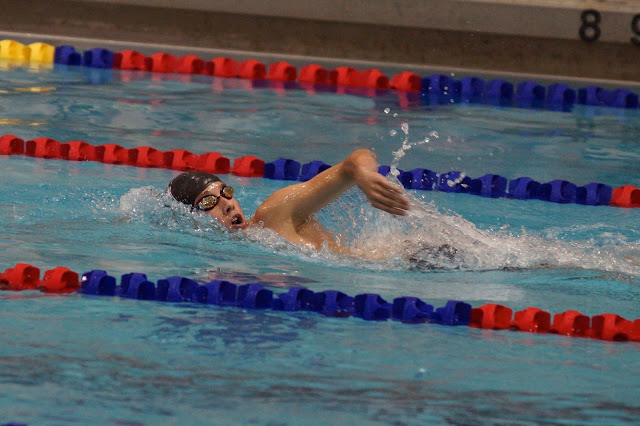 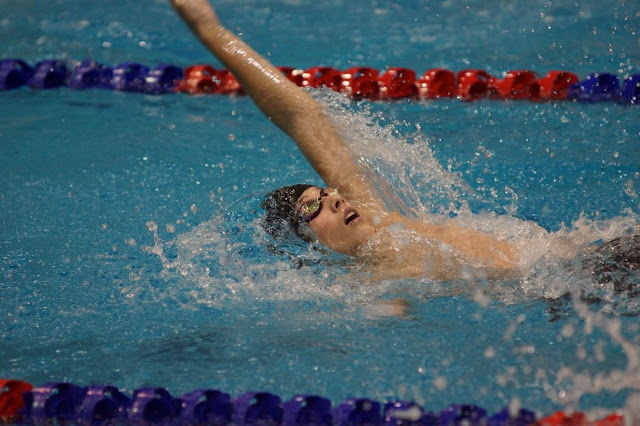 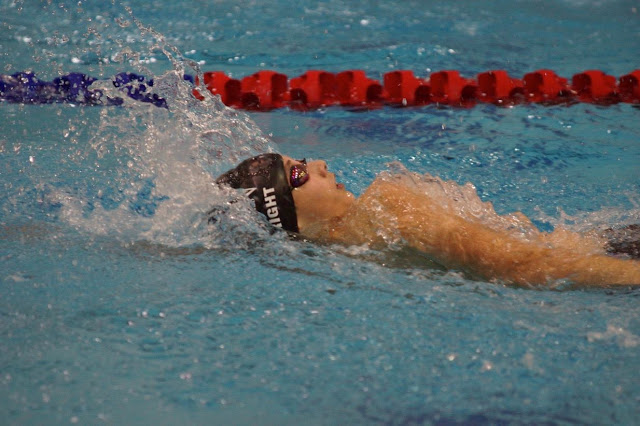 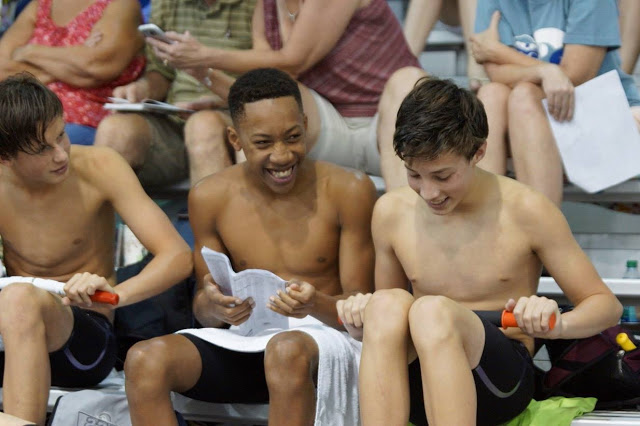 this pic cracks me up! These 3 boys have a lot of fun together
so much fun that John David missed one of his races when he was 11!
He knows better now so they laugh on the benches now haha 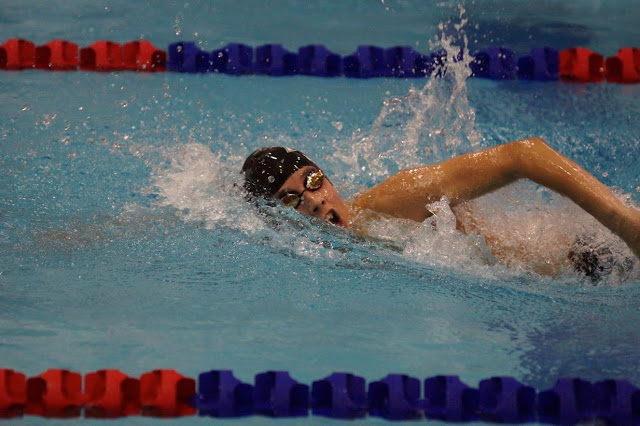 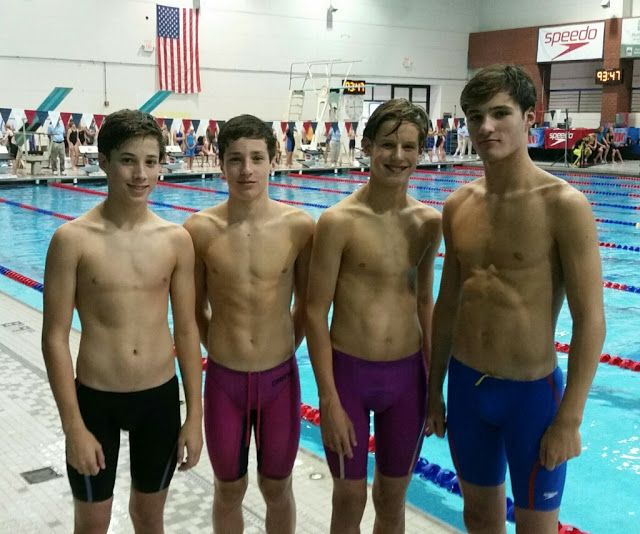 can you tell a Mom made these boys take this pic? haha
JD, Daniel, Ethan and Taylor swam in the 2 relays and won both
now that was really fun! 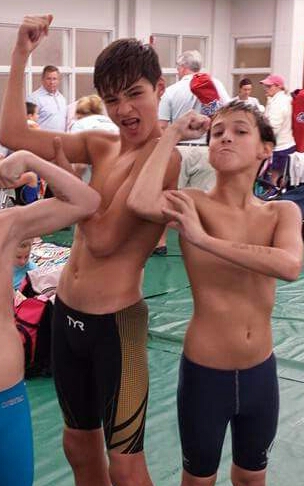 Taylor’s mom found this old pic on her phone of JD and Taylor when they were 9!
so so cute!!! 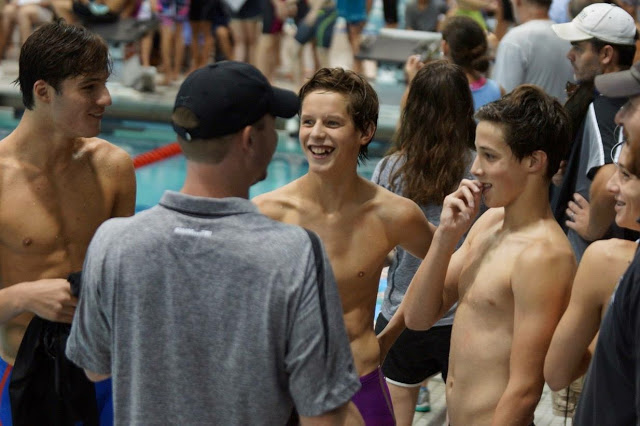 the boys are making their coach Rick laugh here
John David said they were talking about his (John David’s) fly in the relay….
it was not pretty but was fast enough
Rick decided right before finals to switch John David and Ethan up putting Ethan in
free and JD in fly….
he had his reasons and knows better than us but let me tell you Ethan’s mom and I were both questioning….actually laughing about how little we know! 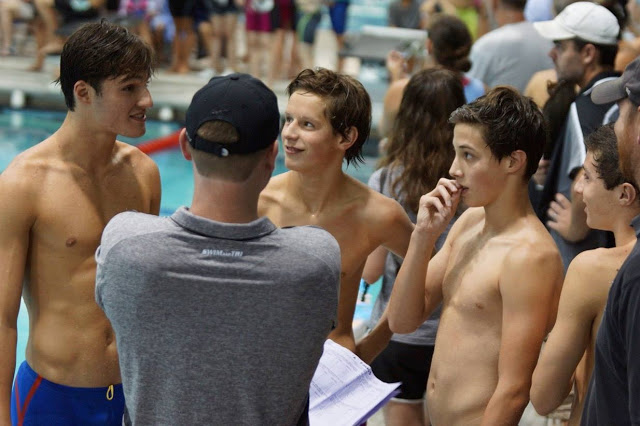 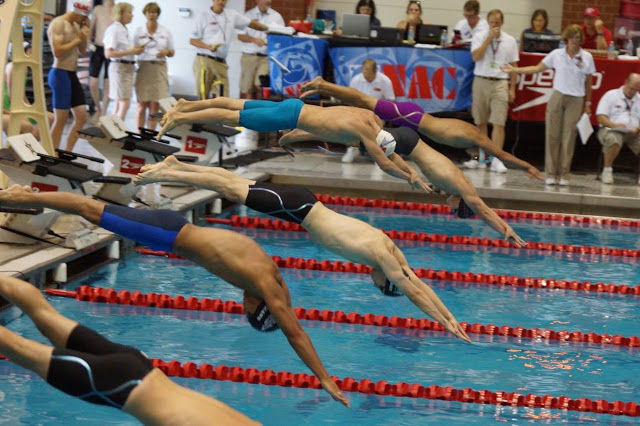 such a cool pic!
John David is in the middle in black 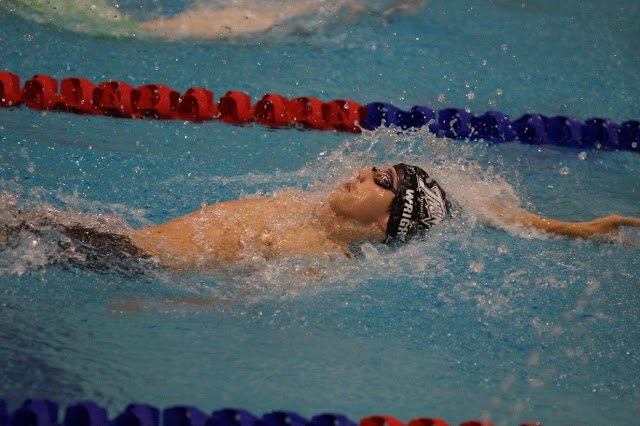 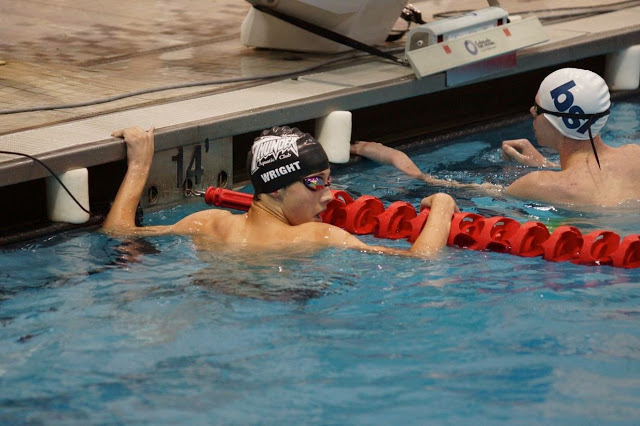 checking out his time 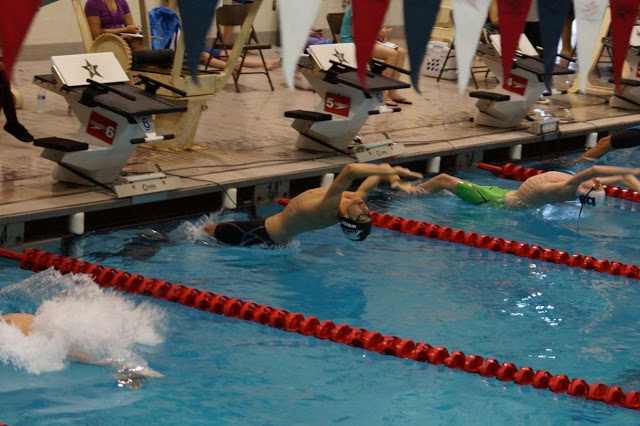 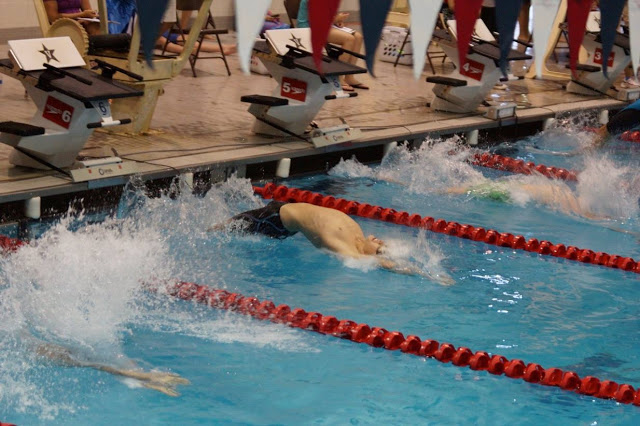 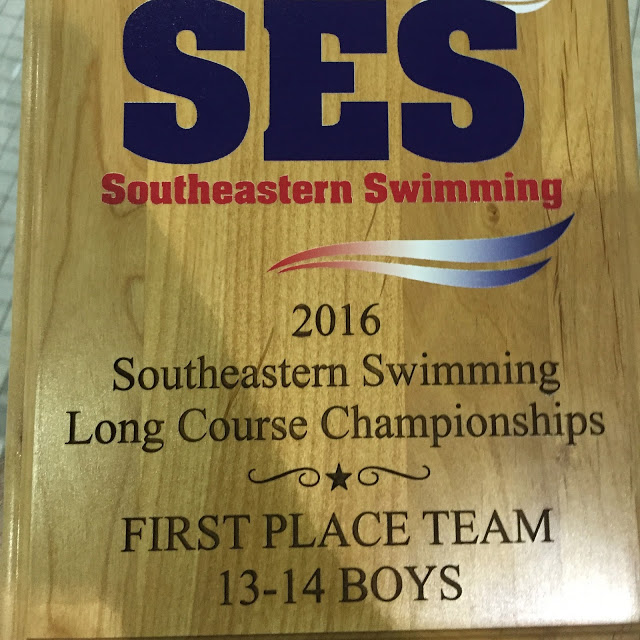 the 13-14 boys received this….
such a great weekend!!!!
minus the whining haha
John David will move up to Seniors in a few weeks
I can’t believe he will be in high school!
we sure will miss Coach Rick!
He has been so good for John David!