The second graders at the kids school perform a biography play after they have read a biography of their choice. John David chose Benjamin Franklin, Madeline chose Princess Diana….
Janie was so excited that it was finallay her turn:)
she chose Helen Keller…
the kids give a one minute speech about their person and Janie was the first to give hers
she did such a great job, as I watched her on stage I was struck (as I usually am in these cases) how blessed we are to have her as our child. She is a joy (most of the time:) to raise. Her health is so good now which was not the case when she first came home. We are very thankful for this little peanut!! 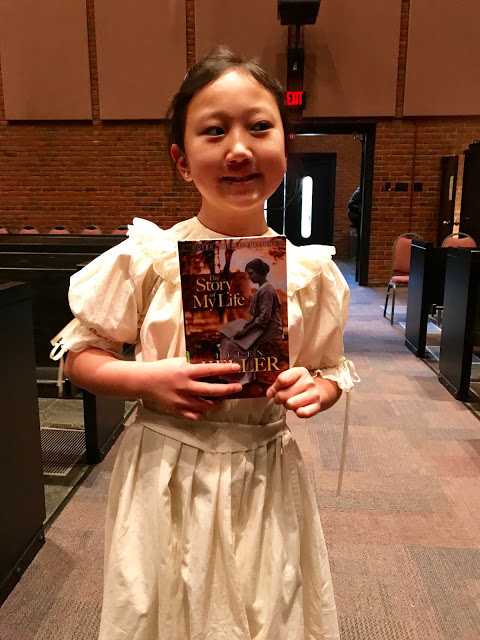 sweet girl…as with the baby in a large family I did not even think about her costume until two days prior😐….thankfully upon seeing some pictures I decided a dress we had that Allie wore would work and I cut up and old pillow case for the sash haha! Desperate times call for desperate measures! She was thrilled:) 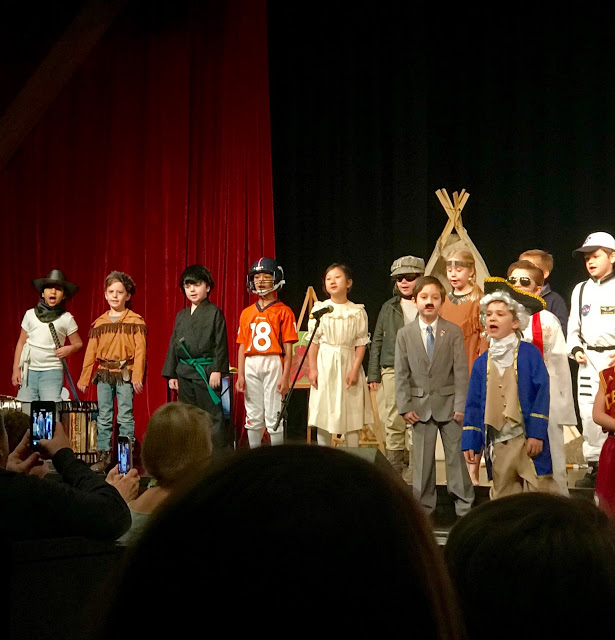 I don’t have a pic of her saying her speech because I recorded it:) 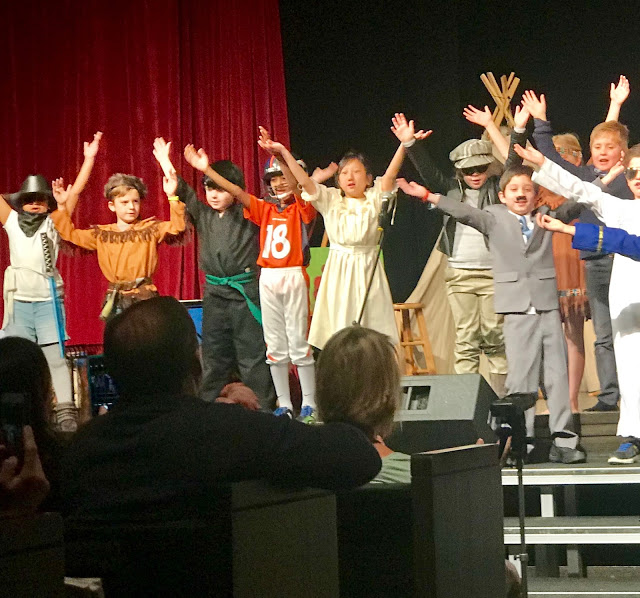 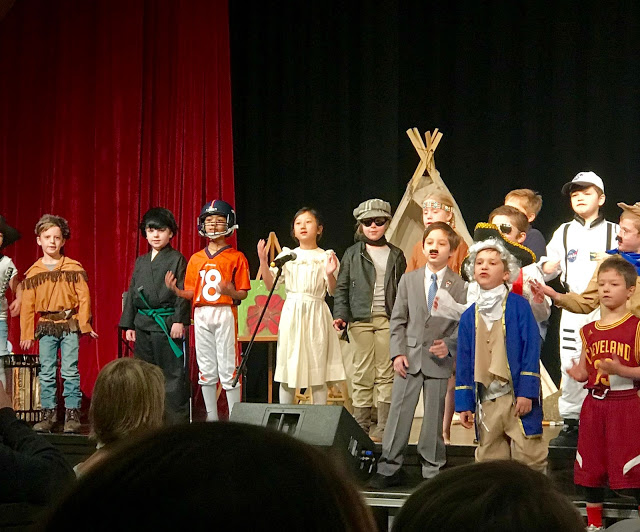 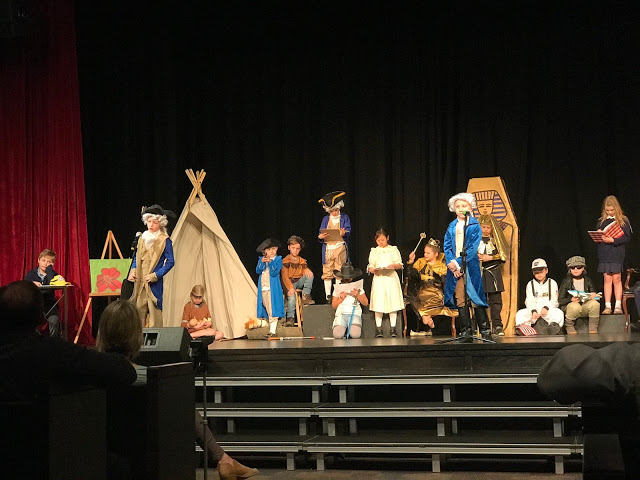 the kids froze in place as others gave their speeches 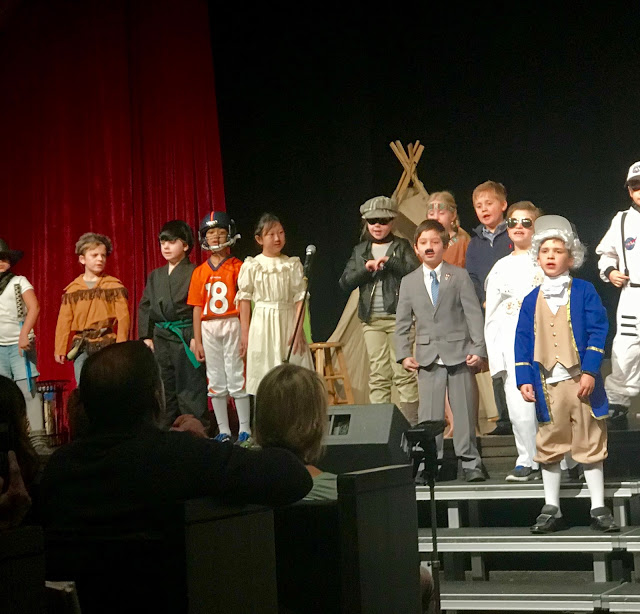 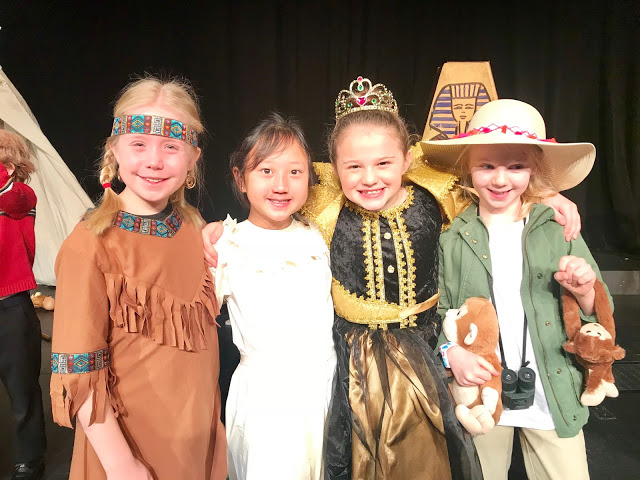 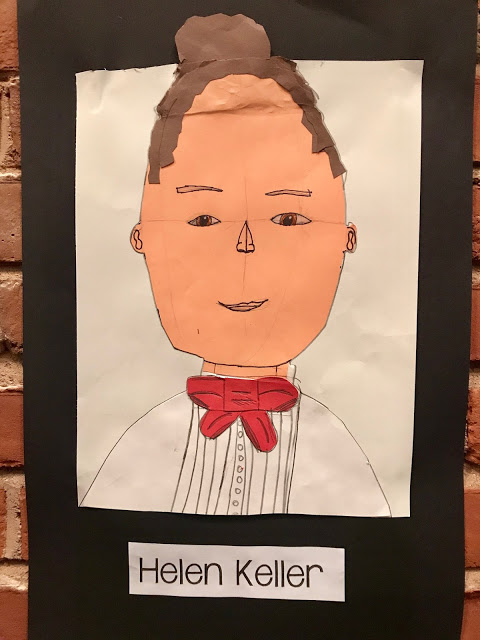 each child made a picture of their person 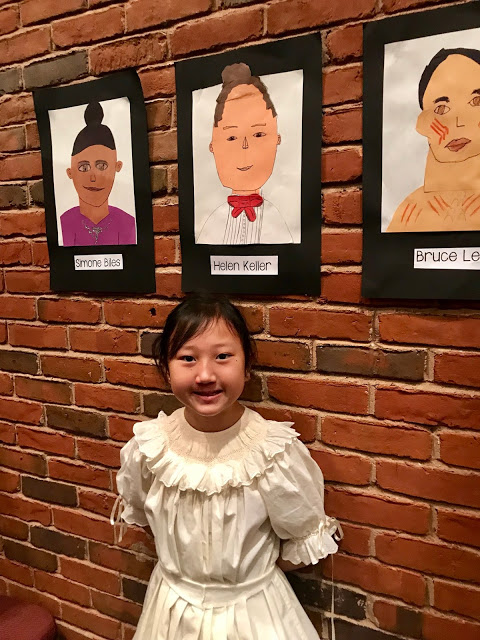 She is such a special little girly!