While my childhood was not idyllic, I have been blessed immensely watching my children  be parented by wonderful fathers. God has blessed me twice. I can choose to dwell on what I and the big kids lost when Jeff passed away or I can choose to remember the wonderful memories he left us with. My grown children have secure, loving memories of their father and know it was not his desire to leave them.

God then blessed these grown kids with another father who loves them as his own and raised them just that way. It was not always easy in the beginning……that was a tough year on all of us………but God knew exactly what He was doing. In His great mercy upon us he gave us a strong man to love and protect each and every one of us. A man who desires to follow God with all of his being. One thing I can say and do say often about Hank is that he is a fast learner and is always willing to try……and try hard he has over these years. He has learned all of our quirks and loves us anyway. We have learned all his quirks and love him anyway too haha! I have said many times that I don’t know many men that could do what Hank did when he married all of us, we were the whole package deal. The responsibility he has for providing for this crew is enormous, yet he does not complain, just works harder. I so appreciate his willingness to care for us and the seriousness in which he takes his job as a father. For a man who did not think he would ever have any children in his late 30’s to become a father of 6 in the next 11 years is such a blessing and somewhat funny at the same time. We are thankful God has such a great sense of humor.

Hank was raised by a Godly man and actually listened to him as he grew up:). His sweet Dad is a man of few words but when he does say something it is usually wise. We have received much wise counsel from him. I am thankful that Hank continues to have such a sweet relationship with his father and continues to learn from him. Hank continues to follow his fathers footsteps…..it is such a joy for me to see. 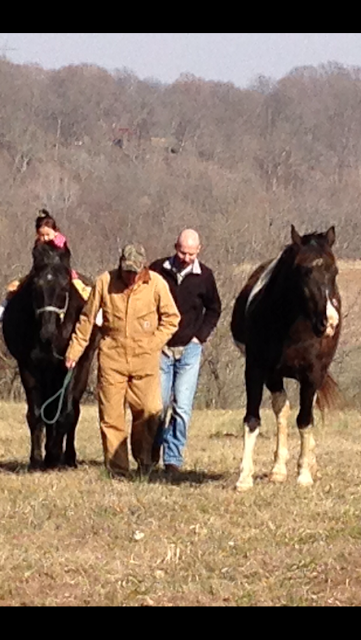 I LOVE this picture of Hank and his Dad….
they are walking the same and have their hand in their pockets the same:)
Happy Father’s Day Hank!!!!!
We love and appreciate you!!!!!
Now some pics from the day! 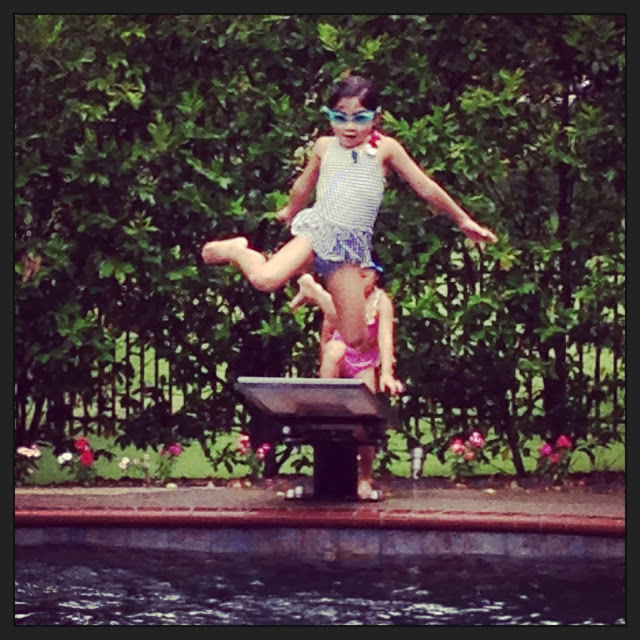 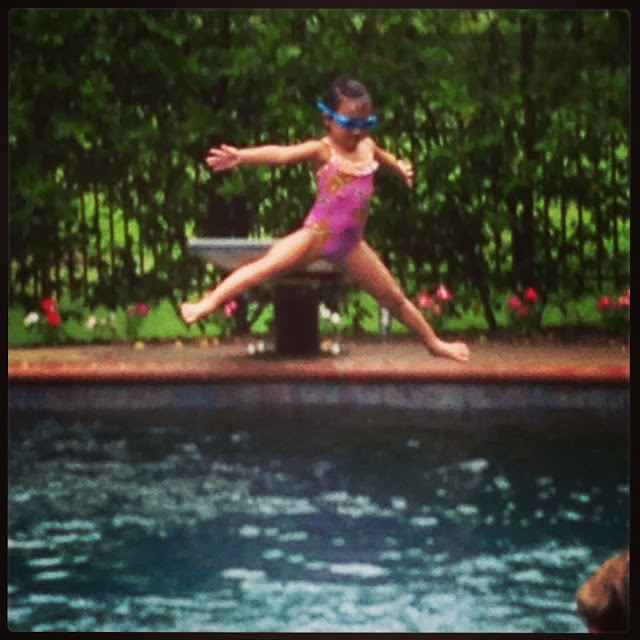 Before we swam the girls helped me water my flowers and I was able to sneak a few pics! 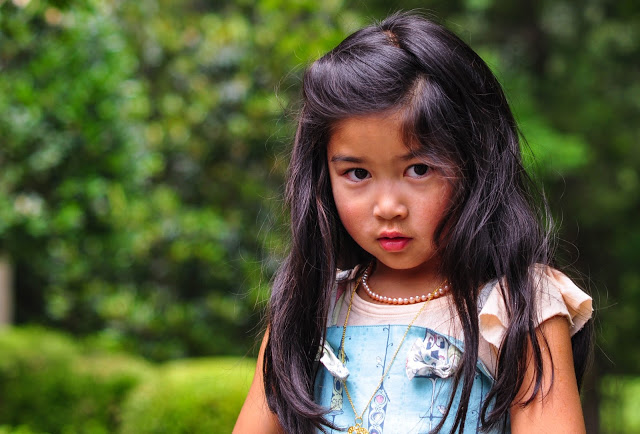 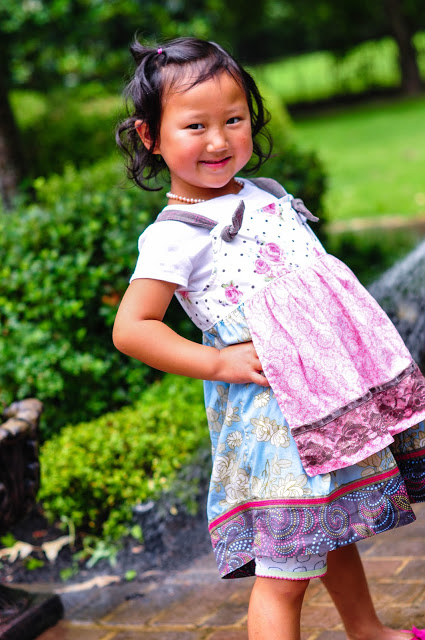 can you see her pajamas peeking out under her dress???
Yes, she wore them to church since her dad and I were unwilling to fight to get them off:) 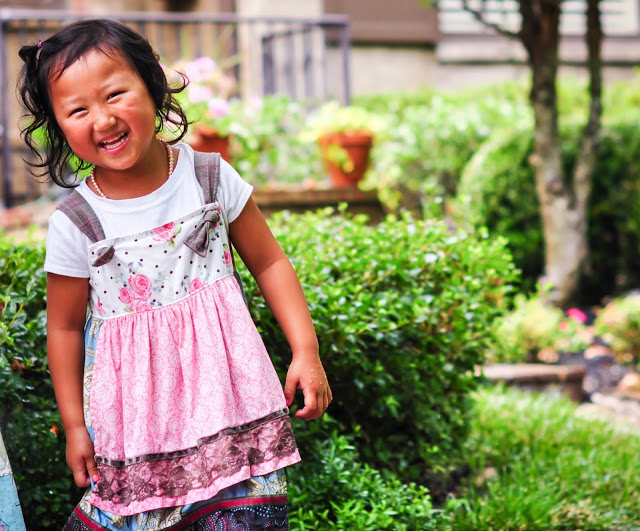 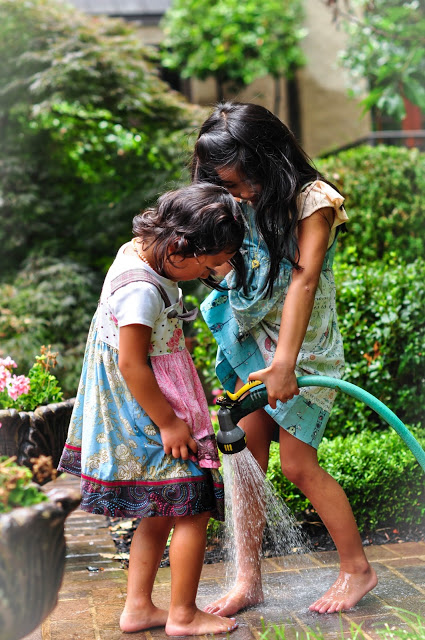 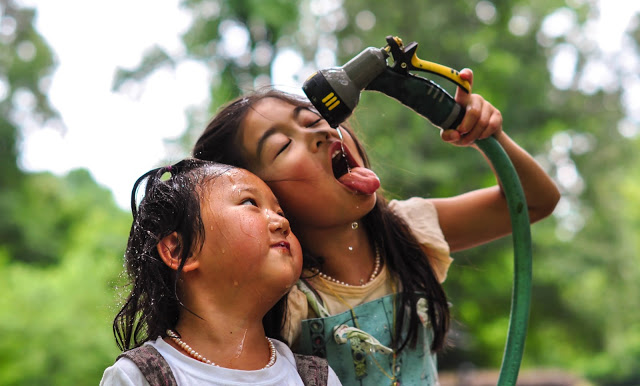 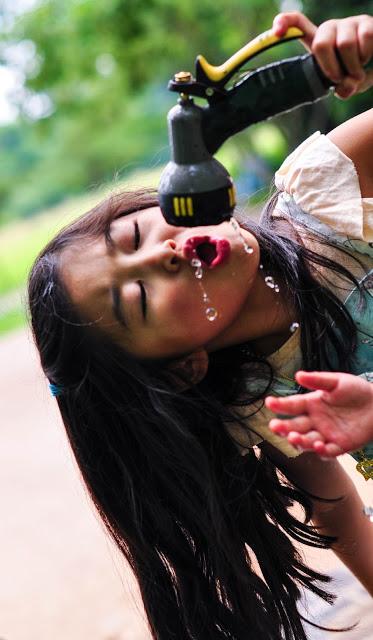 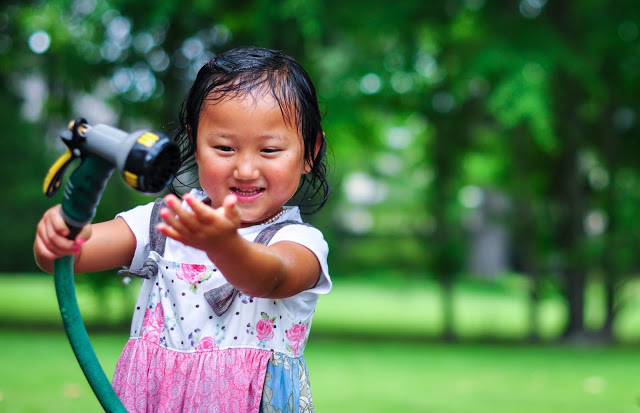 It was a nice relaxing day!!