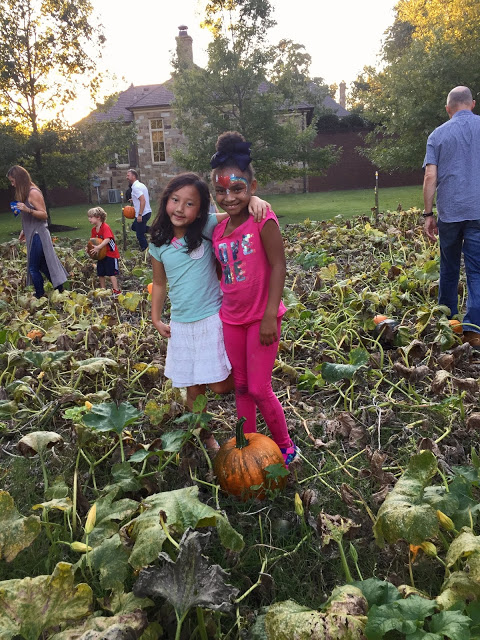 Janie and her buddy Kennedi 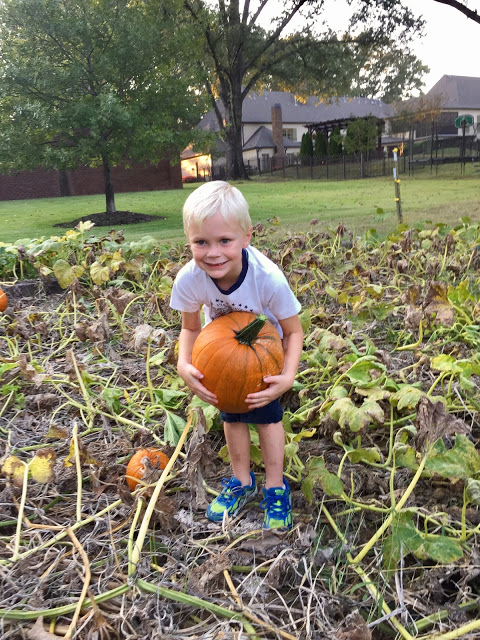 I had to get a pic of Tyler since he would not pick a pumpkin last year because of the “prinklers”
Once again he had the best story of the night….
He was riding with Hank and the rest of the kids in the golf cart and asked Hank about the horse in our neighbor’s field. Hank proceded to tell him that acturally it is a fake plastic horse (I know why would someone have a fake plastic horse???)….Tyler said  “then why do they call you a farmer?”
Hank said “because I grew these pumpkins for you”.  He just looked at Hank and said “but the horse is fake”….. he was NOT buying that Hank is a real farmer if he has a dumb fake horse in the field hahaha 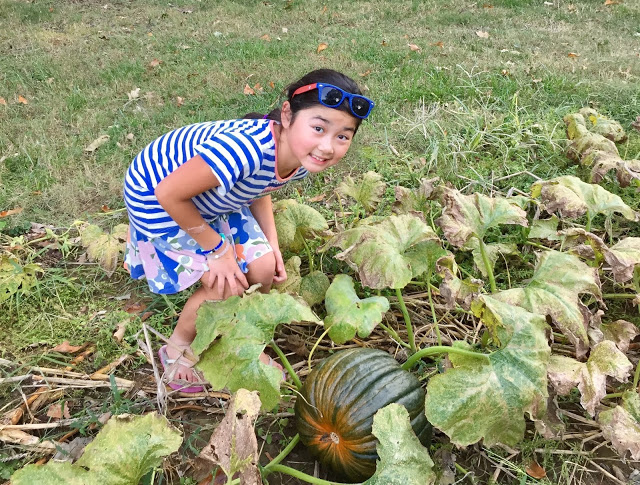 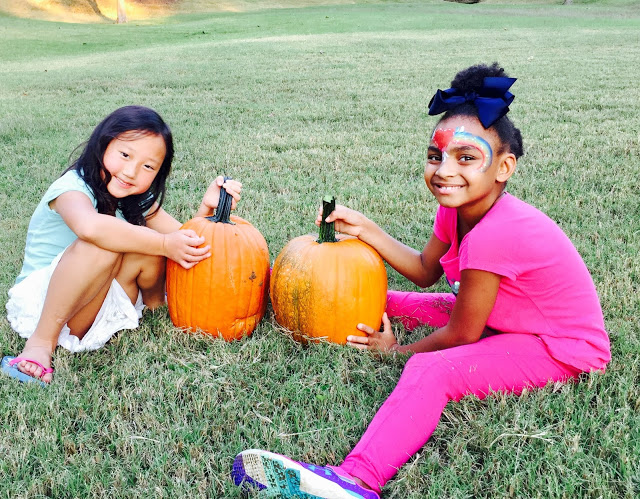 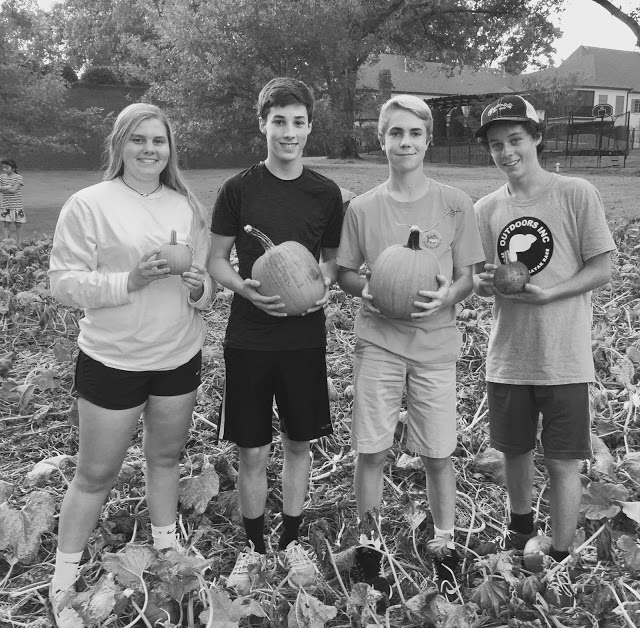 these kids humored us by taking a pic
little do they know that they will still have to do this in college
….we will plan it around fall break ha…. 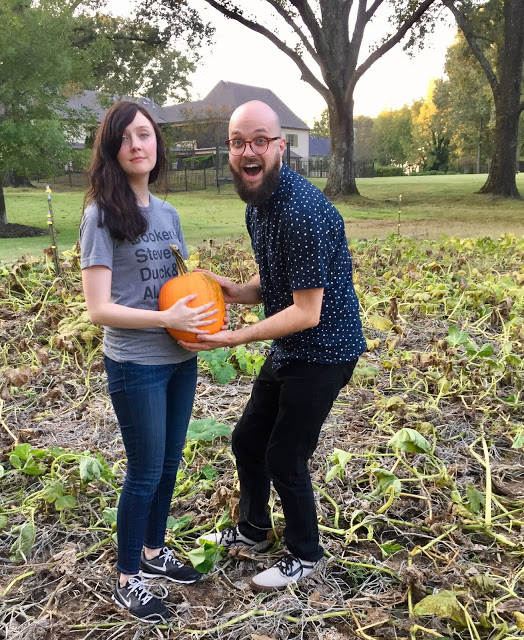 a typical Gardner and Kendyl pic 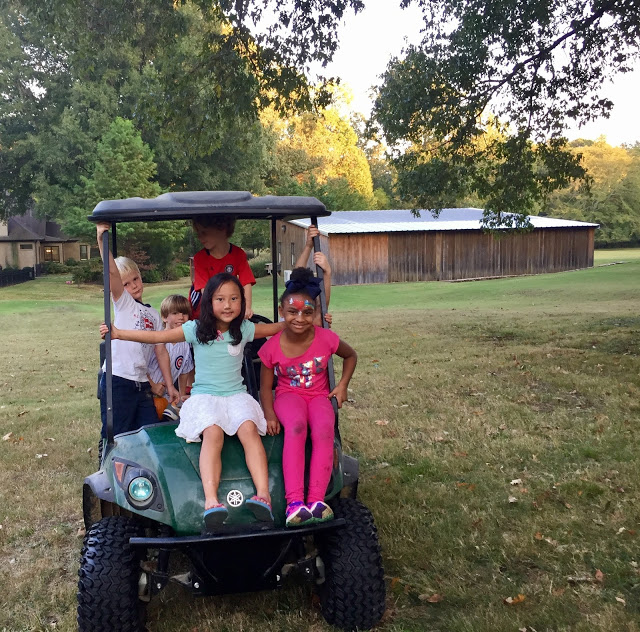 anxiously waiting to ride in the golf cart 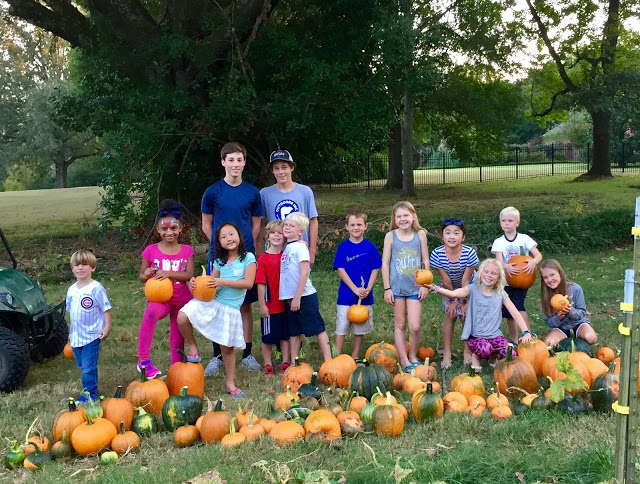 the crew, I wish we had gotten a pic of the adults as well! 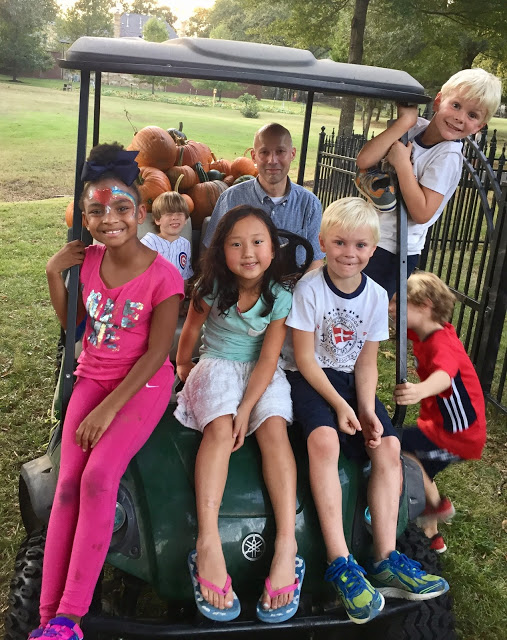 this pic totally cracks me up
Janie and Kennedi are posing and all the boys are crazy! 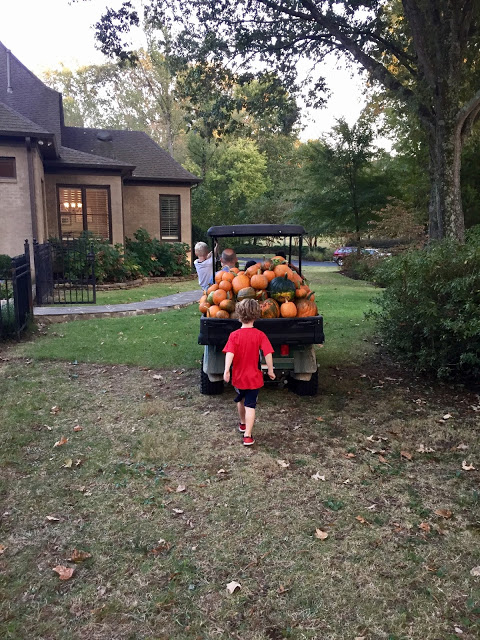 Hank was proud of his harvest ….lots and lots of pumpkins:)