You would think a King and Queen were visiting us over the weekend based on Madeline and Janie’s excitement…and me too ha!
It has been a while since they were able to come home for a weekend so we were REALLY looking forward to it. One of Gardner’s friends was getting married on Saturday and I was helping host a wedding shower for Kendyl’s sister Kristin.
Gardner’s best high school friends came in town for the wedding 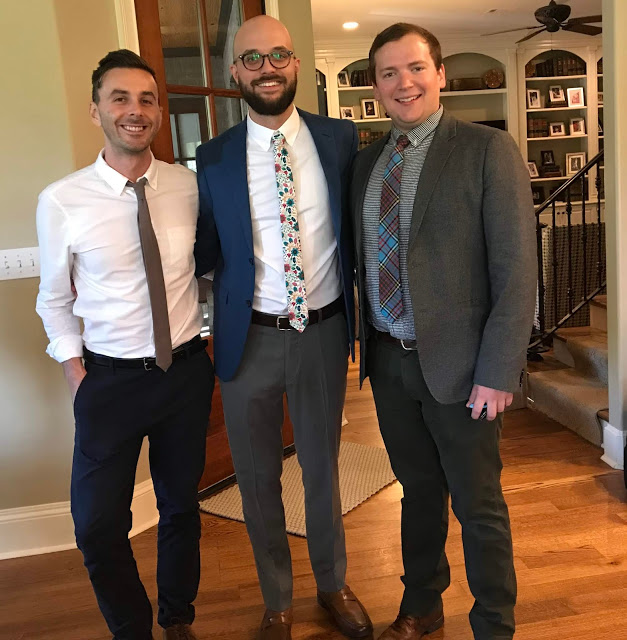 These three and been best buds since early elementary school. I felt like I had all my children home:)
Of course I sent pics to the moms!
Before the shower on Sunday we decided to get on with our Christmas card theatrics since Gardner and Kendyl won’t be back until Thanksgiving. I start getting a wee bit nervous and drive Allie crazy if we dont have an idea yet much less pictures by Thanksgiving. Thankfully Julianne thinks a bit like her Mom and suggested we get going on our favorite Christmas pastime…our CRAZY card:)
Last years card was epic…so hard to beat it! 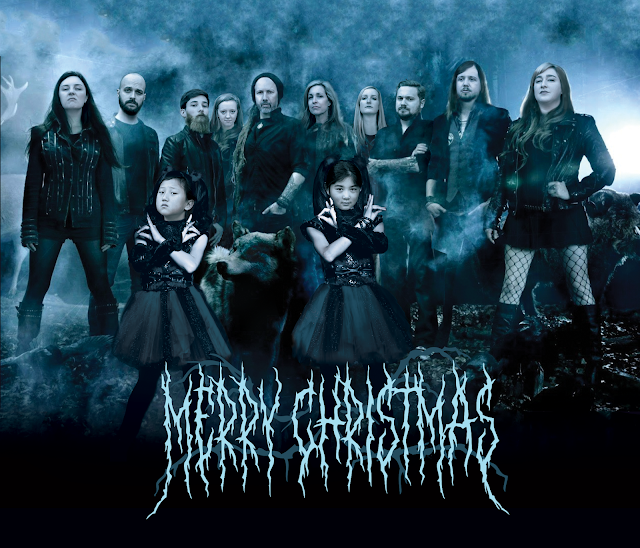 Hank and Kendyl are SO AWESOME hahaha
A few behind the scenes pics from this years photo shoot:) 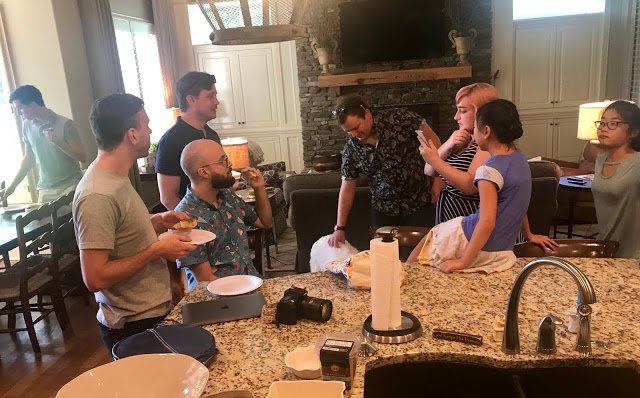 Allie and Gardner looking at pics deciding on our theme for the year…. 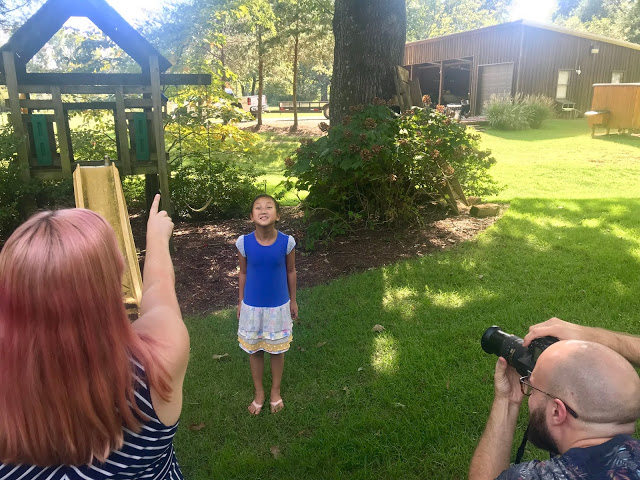 and so it begins… 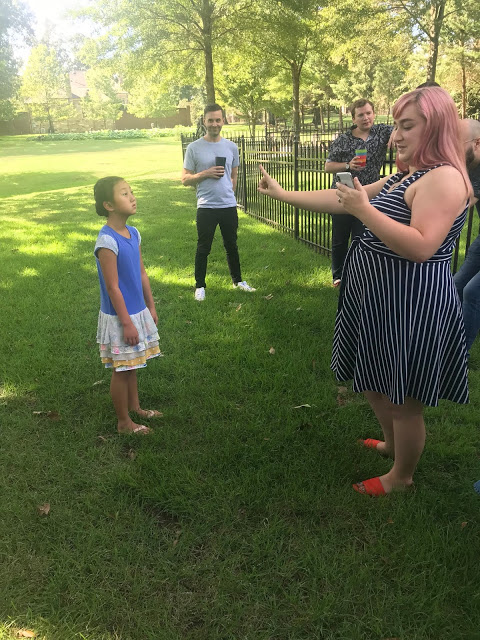 Allie looking at the picture telling Janie exactly how to stand, direct her eyes, position her head…It makes me laugh every year that Madeline and Janie think this is quite normal😂
I love Matt and Matt in the background watching how this goes down each year. They came by to visit again on their way to the airport. They both live in Los Angeles now! 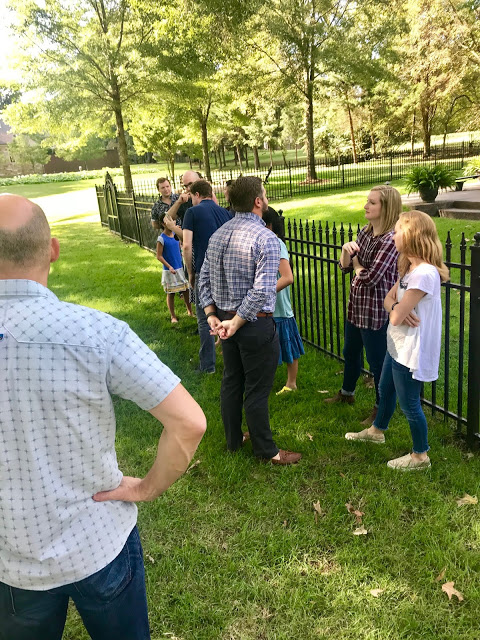 all the peeps waiting for their turn 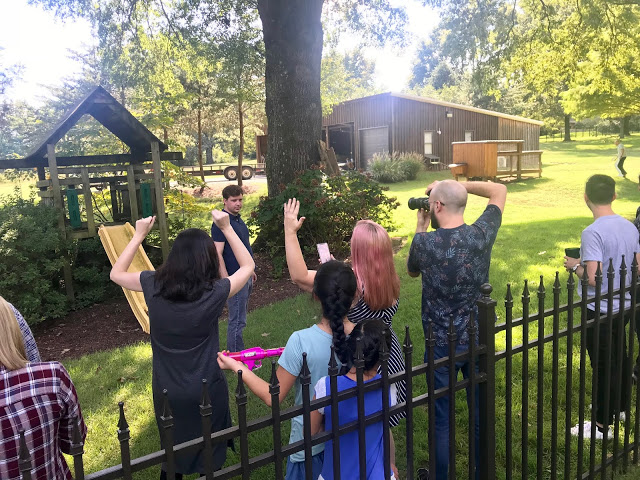 I don’t know how Eric and Hank do it but they never crack up! 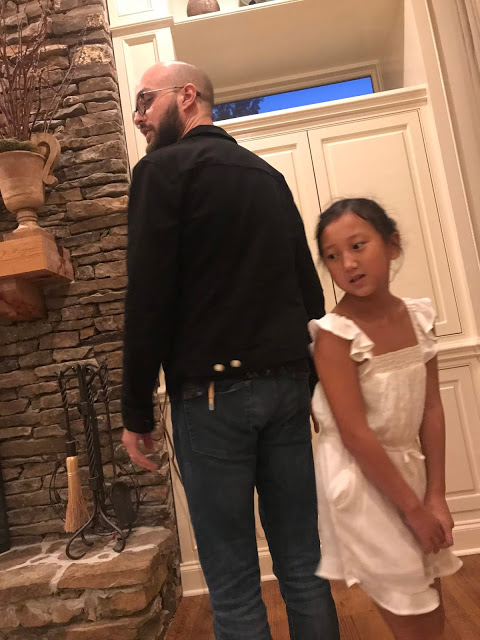 Gardner entertained the girls during the shower since they decided they wanted nothing to do with picking up firewood with Daddy. Who knew they would not enjoy that???😂
See the clothes pin on Gardner’s pocket? He and Janie created a game like the video game she was playing in which the first one to steal the clothes pin wins. They were so funny! 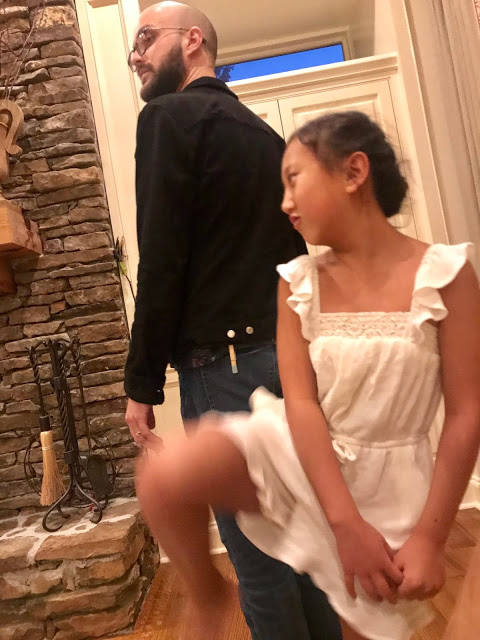 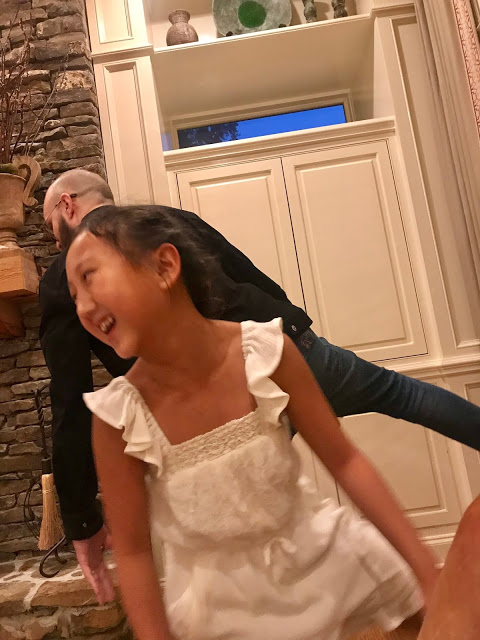 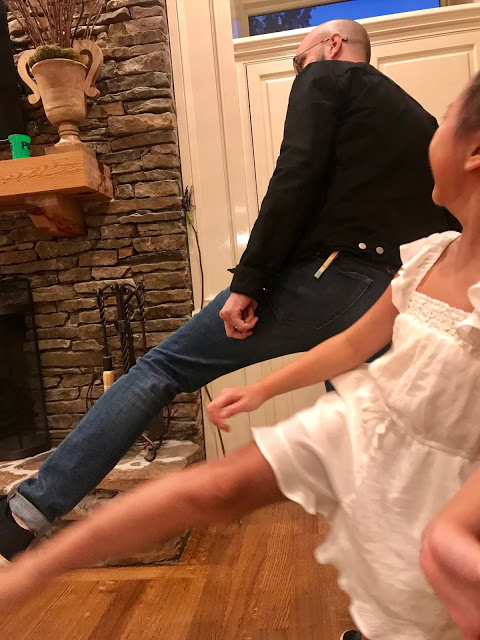 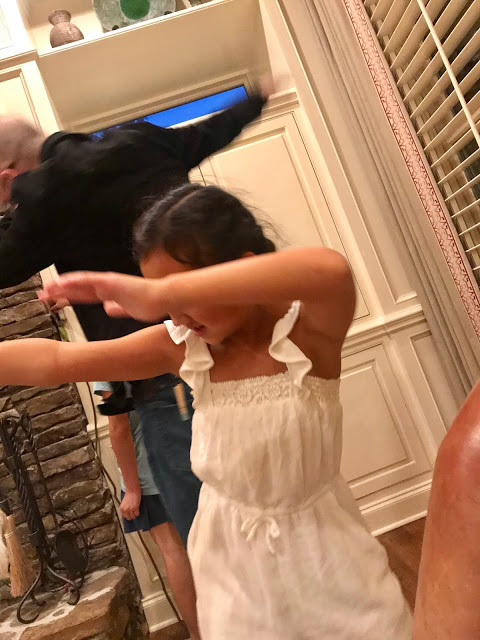 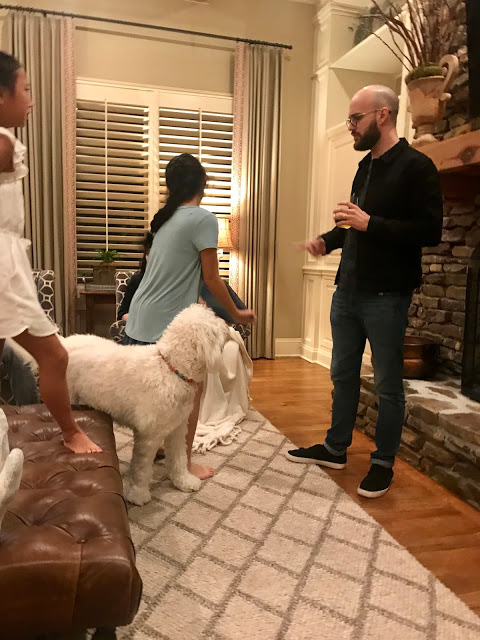 Even Evie wants in on the fun.
We had such a great visit with all the kids. It has been far too long since we were all together.
A blessed weekend for sure!
I am going to visit them in a few weeks for a concert, they will be back here for Kristin’s wedding in November, then home for Thanksgiving and Christmas whoop whoop!